The 50th anniversary turned out to be very popular
September 16, 2018
Maddison Glendinning 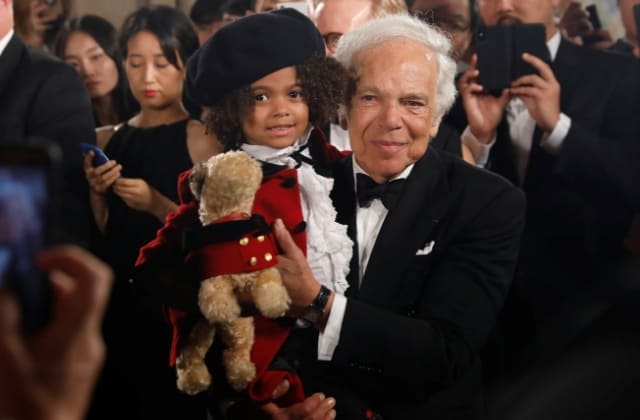 NYFW has finished and the stats are rolling in as to who won the week and it seems Ralph Lauren has taken the crown this year...

During NYFW, Ralph Lauren celebrated the 50th anniversary of his eponymous brand with a huge runway show and party in Central Park. The guest list featured the designer’s closest friends, who also incidentally happen to be some of the world’s most powerful women — like Anna Wintour and Hillary Clinton, for example — and the show celebrated the designer’s American heritage.

And it turns out it was also a huge hit on social media, with 4.5 million engagements across social platforms, according to social media analytics firm ListenFirst. Furthermore, the designer also “generated more than twice as many social engagements than all other brand showing at NYFW,” writes WWD, and the brand had the top five most engaging Instagram posts of the week (a series of which was shot by Alexi Lubomirski, the Duke and Duchess of Sussex‘s wedding photographer). The brand also improved its social engagement by a whopping 261 per cent since last September.

In second place was Sherri Hill, an American eveningwear brand, with 1.7 million engagements, then Tom Ford in third place with 1.6 million, Calvin Klein in fourth with 1.4 million and Coach in fifth place with just under 885,000. Michael Kors, Christian Siriano, Oscar de le Renta, Savage x Fenty and Carolina Herrera rounded out the top 10.

Speaking of the data, Miranda McWeeney, the fashion and beauty industry lead at ListenFirst, told WWD, “Considering social powerhouse Victoria Beckham, Yeezy and Kendall Jenner not making appearances this season, conversation around New York Fashion Week spring 2019 far surpassed that of NYFW spring 2018 with 1.02 million tweets mentioning NYFW on Twitter, over two times more than last year. While celebrities and influencers continue to drive social conversation, Ralph Lauren was a standout with the celebration of the brand’s 50 years in fashion.”

Speaking of influence, discover how much media value Chiara Ferragni generated for Dior from her wedding.