A huge coup for the regional brand
August 1, 2018
Meeran Mekkaoui 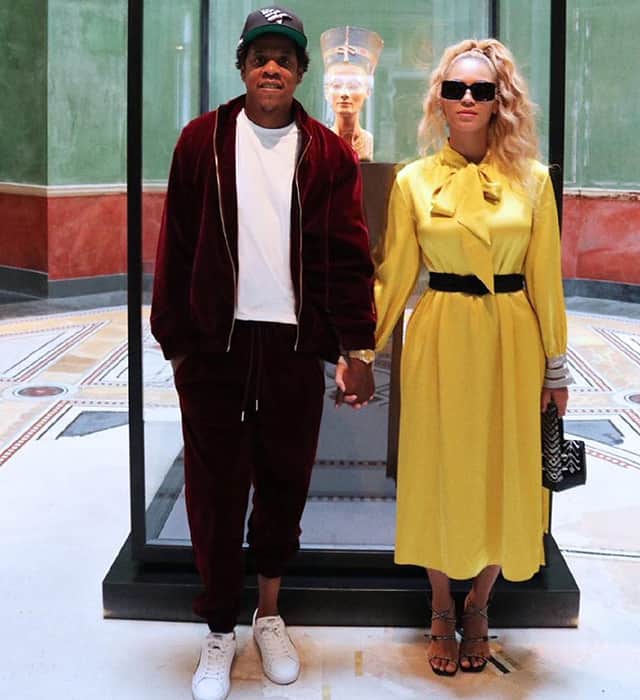 Taking a break from her On the Run II tour with Jay-Z, Beyoncé was spotted vacationing with this Middle Eastern-made accessory...

When it comes to Beyoncé‘s sartorial choices, the artist never puts a foot wrong. The MTV VMA nominee continuously serves up style inspiration on her Instagram page and her designer decisions for her music videos (such as the seven stellar fashionable looks she donned for her latest music clip at the Louvre) proves that she can really do no wrong when it comes to dressing up.

And now, the artist has been seen with some arm candy by another regional-based brand, Okhtein.

Whilst in Berlin this week, Beyoncé was captured wearing the Egyptian-based brand’s embroidered Rodhawk bag, marking the second time she has supported the Middle Eastern name. Last year, the singer accessorised a black and white pencil skirt, blue cropped sweater and Off-White sandals ensemble with the brand’s Dome Belt and Shoulder Bag in orange.

The brains behind the label, Aya and Mounaz Abdel Raouf, posted a message on Facebook thanking the singer’s stylist, Zerina Akers, and said: “A strong female icon, carrying an Okhtein bag handmade by the powerful women of Assiut in front of an iconic female figure, Nefertiti. Thank you Zerina for making this happen! This is Egypt baby!”

Now, take a look at the top Middle Eastern fashion moments of 2018 so far.