The release of ‘Stranger Things 3’ is breaking Netflix streaming records

The series finally returned to our screens...
July 11, 2019
Meeran Mekkaoui 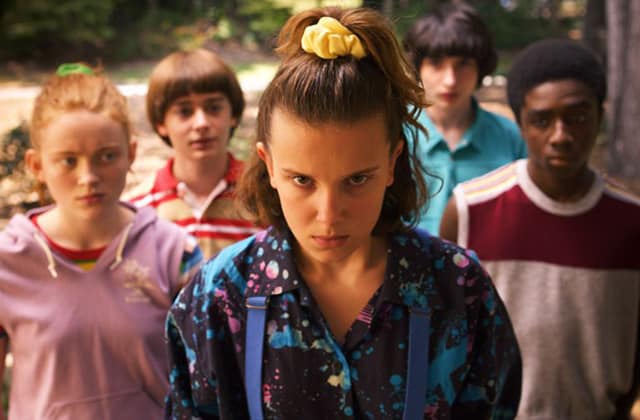 The extremely long wait for another season of Stranger Things is officially over, as its arrival on Netflix already broke streaming records...

Towards the end of 2017, Stranger Things was revealed as the most watched program in the UAE, and it comes with good reason, too.

The Netflix original turned our world ‘Upside Down’ quite literally as two seasons were simply not enough for us. Whilst we’ve been waiting for almost two years for season 3 of the beloved sci-fi series, Stranger Things 3 happened to grace our screens earlier this month — on July 4th (Independence Day in the United States, no less).

And whilst many were celebrating the occasion, even more turned to their couches to binge-watch the series as 40.7 million accounts viewed the new season just four days after it hit the streaming service.

According to a post on Twitter, Netflix USA stated: “@Stranger_Things 3 is breaking Netflix records! 40.7 million household accounts have been watching the show since its July 4 global launch—more than any other film or series in its first four days,” Netflix announced via Twitter on Monday. The streaming giant always revealed that of those 40.7 million accounts, “18.2 million have already finished the entire season.”

That is pretty impressive…

So, does that mean we can expect a Stranger Things season four announcement soon? We sure hope so!

In other Netflix-related news, did you know that Friends will no longer be available on the streaming service in 2020?