Friends will no longer be available on Netflix in 2020

It's time to start binge-watching the series...
July 10, 2019
Meeran Mekkaoui 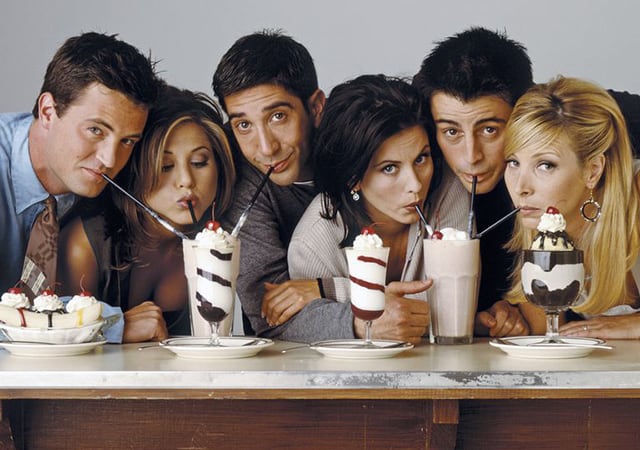 If you're a Friends fanatic like us here at Buro. HQ, you're going to be sorely disappointed with this news...

Last year, to what was music to our ears, we found out that all 10 seasons of the beloved American sit-com Friends were available to watch on Netflix, and with so many now-classic one-liners (PIVOT!), we’ve been binge-watching the show ever since.

However now, we’re extremely sorry to be the bearer of bad news, but Neflix has officially announced that Friends will no longer be available on the streaming service come 2020.

According to E! News, all seasons of the show will be leaving the platform and will instead be available on HBO Max (the new streaming platform from WarnerMedia). Looks like we’ll need to sign up for a new account then…

Netflix took the news to Twitter, saying: “The One Where We Have To Say Goodbye. We’re sorry to see Friends go to Warner’s streaming service at the beginning of 2020 (in The US). Thanks for the memories, gang.” 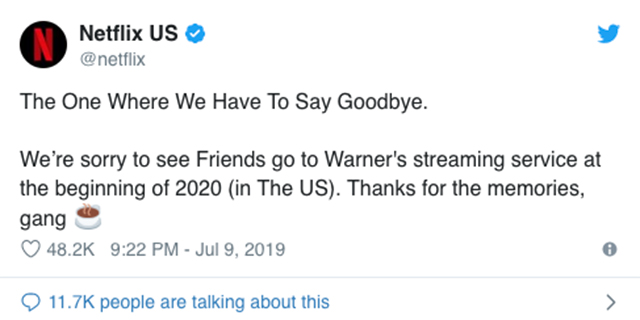 As Rachel once said, “It’s like the end of an era!”

Now, find out who are the latest celebrities to jump into the podcast game.