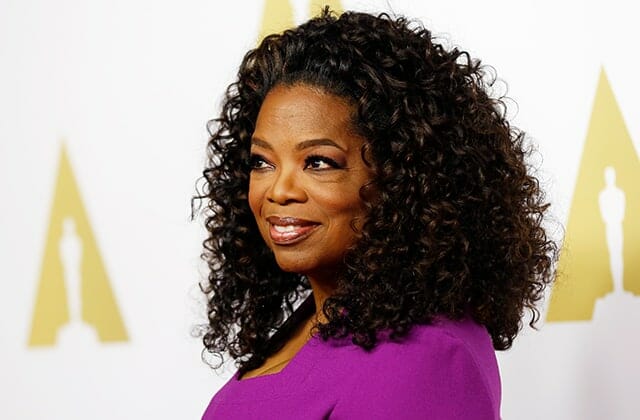 Oprah Winfrey is the next figure to collaborate with Apple and we've got the details on what to expect from the two here...

Just when we thought we couldn’t love Oprah Winfrey any more than we already do, the Royal Wedding invitee (who was dressed in a bespoke creation by Stella McCartney for the event) is partnering up with Apple with the aim to better connect with audiences around the globe.

Overnight, the tech giant announced its collaboration with the media mogul and philanthropist revealing that Oprah has signed a multi-year deal that revolves around new content and projects. According to a press release issued by Apple, the duo will work together to create “original programs that embrace her incomparable ability to connect with audiences around the world.”

Also, multiple anonymous sources and The Hollywood Reporter have mentioned that the deal includes “everything from film, TV, applications, books and other content that could easily be distributed on Apple’s all-encompassing platform.”

Whilst no further details have been revealed on exactly what to expect, what we do know for certain is that “Winfrey’s projects will be released as part of a lineup of original content from Apple.”

Oprah’s lineup of original content is set to be launched in 2019.

Now, take a look at Apple’s launch of customisable Memojies with hijab options.