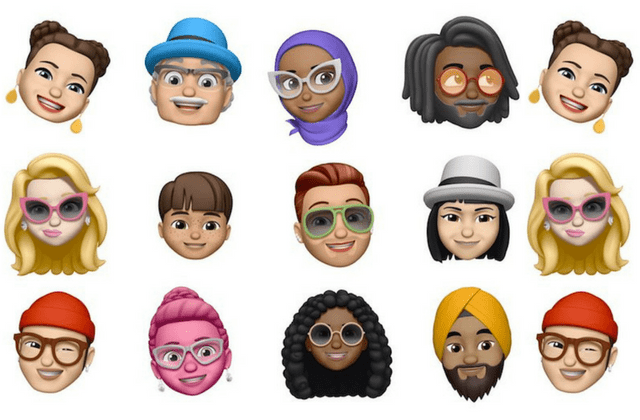 Apple announced a series of updates overnight but there's one in particular that's pretty exciting...

Apple is constantly working on delivering its customers the top experience on mobile and its newest updates overnight promise to do just that.

Building on its highly successful animojis which were first launched with the iPhone X, the company announced the launch of Memojis in its newest software update, iOS 12 at the Worldwide Developers Conference in San Jose, California overnight.

Memojis are able to be fully customised, allowing users to create a digital version of themselves to use in iMessage. Some of the customising features include skin colour, hairstyle, eyewear and details like freckling. The facial recognition technology (powered by AR) has also been updated to be more responsive, meaning users can now wink or poke out their tongue. The most exciting customisation option however is the ability to add a headscarf to the Memoji — a feature that is most welcome after the introduction of a hijab-wearing emoji was finally released late last year.

Other new updates in the latest software include a more powerful Do Not Disturb feature as well as a brand new feature called Screen Time which will give you a detailed report (daily and weekly) about your app and iPhone usage with the aim to help encourage users to lessen their screen time.