Mark your calendars for next Spring
June 6, 2018
Meeran Mekkaoui 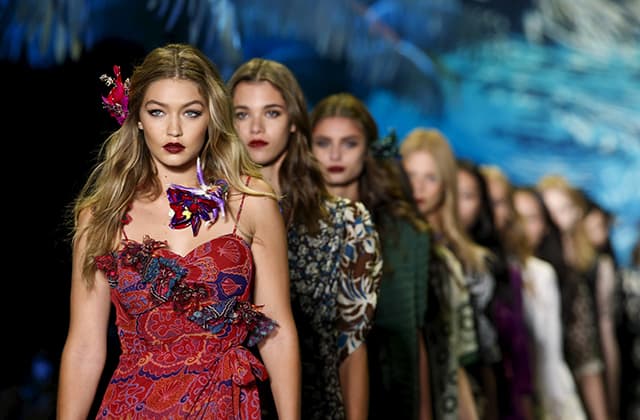 Anna Sui is bringing her signature bold colours to a new activewear range. Here's what you need to know...

Anna Sui is expanding her focus from colourful, printed and festival-inspired ready-to-wear pieces to creating a new collection where fitness is at the forefront.

Set to debut an athleisure collection next Spring, the fashion designer has created two different athletic lines (one that focuses on performance and the other on lifestyle) that will include yoga, fitness and running attire.

The American designer first revealed the new plans at the recent WWD CEO Summit held in China last month and announced that the products will be “empowering yet feminine” plus “good girl/bad girl” attitude.

According to WWD, the athleisure products “will mix top performance fabrics with the newest garment technology.” Anna Sui continued to explain that “it would be interesting to see how the nostalgic Anna Sui image mixes with modern activewear styles. We want to bring something different into the activewear space. The performance line is highly functional, covering yoga, fitness and running, and the lifestyle line is for leisure and less intensive occasions. That being said, we try not to limit people’s imagination on where and how to wear these pieces.”

The new collection will first make its debut in China next spring before launching globally.

Now, read more about when Nike teamed up with Kim Jones and Virgil Abloh.