Not one woman made it onto Forbes’ 100 Richest Athletes List 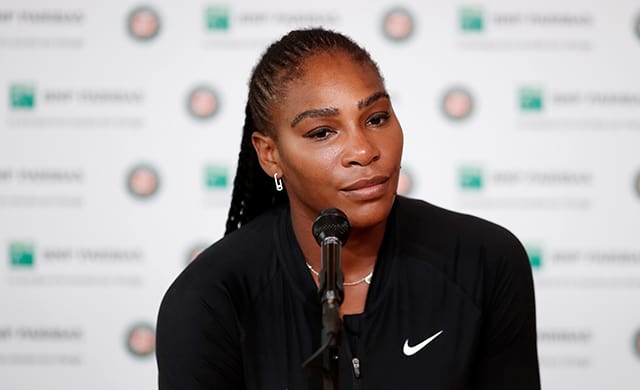 Forbes' highest-paid athletes have been named and shockingly, no women made the cut...

Every year, Forbes Magazine releases its list of the world’s 100 highest-earning athletes and since 2010, one name that always popped up on the list was Serena Williams. Until now that is…

This year, not a single woman has made the cut on Forbes’ 100 Richest Athletes List.

For the first time in eight years, the women were outed by their male counterparts. The list was topped by retired boxer Floyd Mayweather who took home the highest-earning athlete title with a total earning of Dhs1 billion from 2017/18.

Football superstar Lionel Messi came in second place with a whopping Dhs409 million and Christiano Ronaldo dropped down to third place with Dhs398 million. For the past two years, Ronaldo had topped the list.

Take a look at the top ten athletes here:

Serena Williams is clearly the most jarring exclusion from the list. The tennis champion (who was a guest at the royal wedding last month) was the only woman who made the cut last year, coming in at number 51. However, after giving birth to her first daughter, Alexis Olympia Ohanian in September 2017, Williams took some time off which could be the reason why she didn’t make the list this year.