The spotlight falls on the ever-evolving pieces...
April 23, 2018
Meeran Mekkaoui 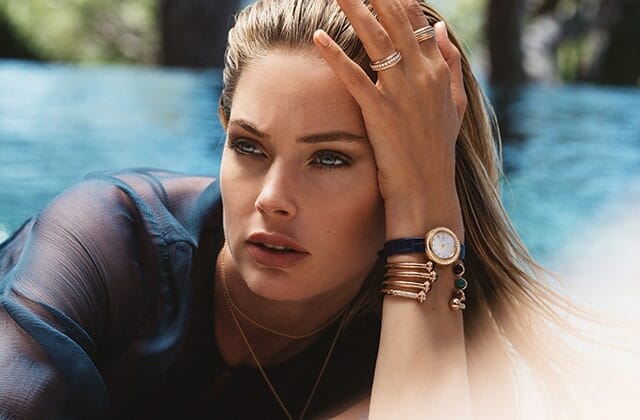 One luxury label and two familiar faces. That's all it took to create Piaget's most captivating campaign to date. Take a look here...

During SIHH in January, Piaget showcased some of its luxurious jewellery offerings and iconic novelties to top editors, watch enthusiasts and exhibition-goers, but the brand’s most exciting revelation was that Doutzen Kroes is the new face of Piaget.

With a sneak peek given to the public during the horology exhibition earlier this year, the full Possessions campaign just launched in full worldwide and it doesn’t only feature the Dutch model.

Now, see what IWC Ambassador Raya Abirached had to say in an exclusive interview with Buro 24/7 Middle East.