Which royally-approved designer has just launched a high street collection? 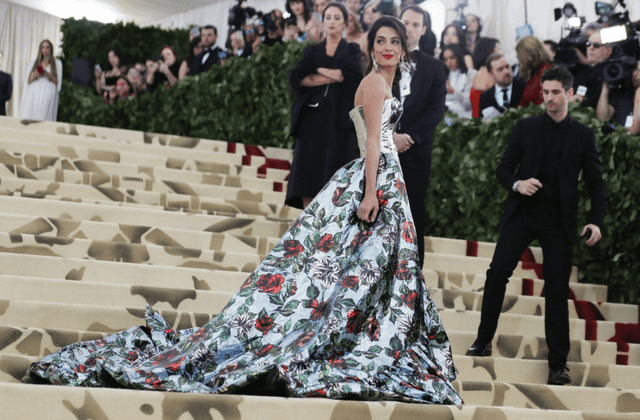 One royally-approved designer has just released a new collection for British high street chain Debenhams. See it below...

There was one show at London Fashion Week in February of this year that made headlines for all the right reasons. Richard Quinn was the first ever designer to have Her Majesty Queen Elizabeth II sitting front row for his presentation and at the conclusion of his show, he was awarded the inaugural Queen Elizabeth II Award for British Design which recognises the work of designers that are actively and positively contributing to society through their work.

More recently, the designer made headlines yet again having dressed Amal Clooney for this year’s Met Gala red carpet.

Now, the British designer has revealed a new collection with high street giant Debenhams. The collection, which is available on site from today, features an array of voluminous silhouettes finished in his signature’s bright florals. There’s also a couple of Bardot dresses in velvet which are certain to fly off shelves as we approach wedding season.

Discover the collection below…

The pieces are now available to purchase on Debenhams.com but we’re not so secretly hoping they’ll make their way to the store’s Middle Eastern outposts.

Now, see which e-commerce site is launching a menswear division next month.