Now this is how you embody a superhero look 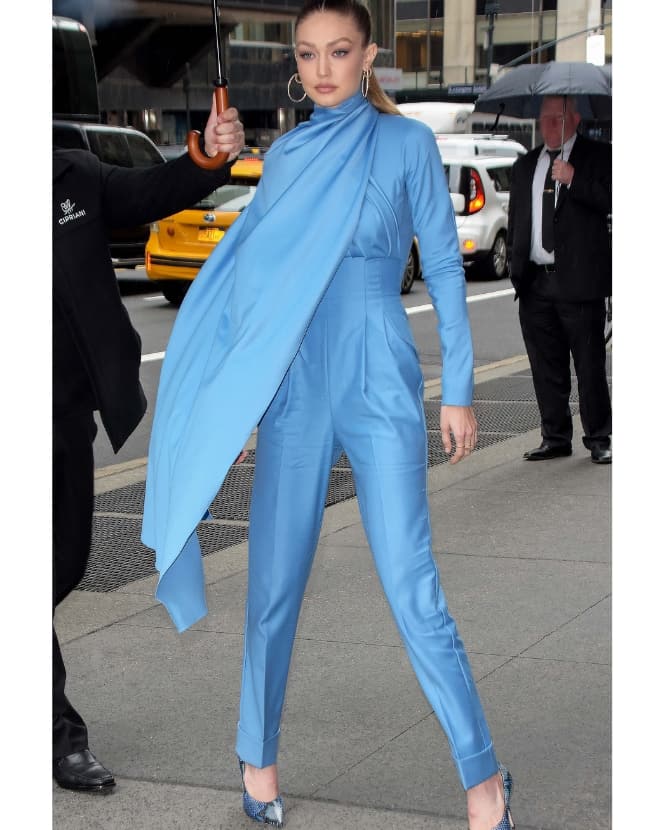 As far as slaying the streets of New York goes, Gigi Hadid pulled out all the stops in a blue caped jumpsuit...

Another day, another streetstyle obession. But this is no ordinary streetstyle surf. This is Gigi Hadid looking all things superhero in a bright blue Emilia Wickstead caped jumpsuit – which was first seen at Emilia Wickstead’s F/W’19 show in London.

The 23-year-old model stepped out on the streets of New York in all her leggy glory for Variety‘s Power Of Women event in Manhattan.

Obvs she took to the theme of power women and went for a dramatic ensemble to make a point. And naturally, she posed for photographers with heaps of superhero sass.

So she and a bunch of powerhouse women including Bette Midler and Christiane Amanpour are in Variety‘s issue on Power of Women. Hadid, who fronts the cover story, said of fame: “I’ve had my ups and downs with it for sure, because overall, it’s definitely a learning process. I’ve learned a lot about myself because of it. I’ve learned to be honest with myself and celebrate myself, protect myself, be assertive when I need to.”