Chanel’s Mademoiselle Privé is heading to Shanghai this year 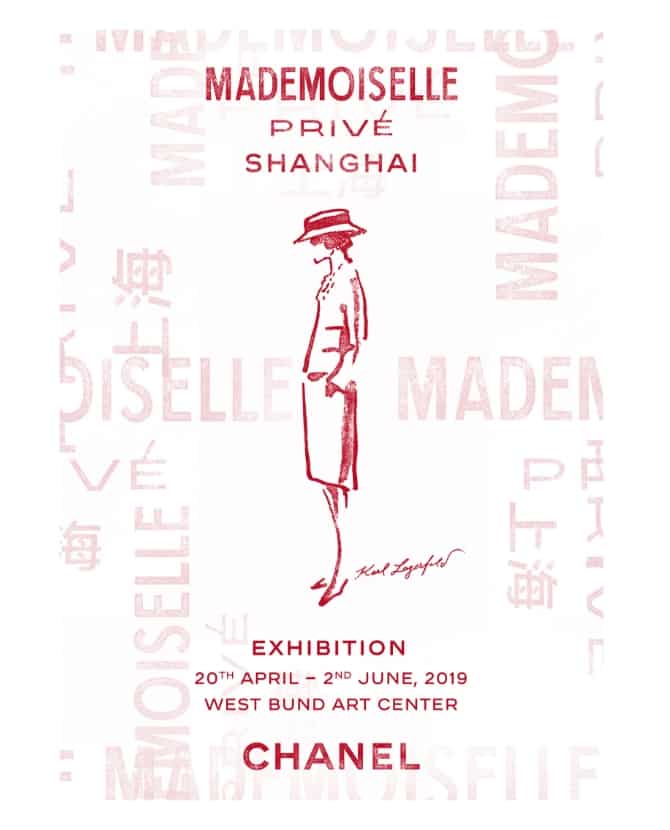 After London, Seoul and Hong Kong, Chanel's Mademoiselle Privé exhibition is making a stopover over in Shanghai. Fashion, food and culture? Sign us up...

So, you guys better have enough pages free in your passports for the amount of fashion travel this year. Between Morocco, New York and Berlin, it’s go, go go. Although today’s super exciting news that Dior’s Haute Couture S/S’19 collection will be shown in Dubai will give a bit of respite on sky time.

But there’s something else really exciting to look forward to elsewhere.

We’re going to be stepping into the intimate world of Chanel in Shanghai this year, as the annual Mademoiselle Privé exhibition is staying in Asia after showing in Hong Kong last year and previously in Seoul in 2017 and London in 2015.

What we already know is that there will be a new concept this year. The exhibition will be set up as three houses –  each one representing a symbolic address to the French fashion house. We’ve got: 31 rue Cambon, which houses Creative Director Karl Lagerfeld‘s creations studio; next up are the Haute Couture ateliers, 18 Place Vendome, dedicated to High Jewellery and then Grasse where perfumer Ernest Beaux and Gabrielle Chanel created the timeless Chanel N.5 fragrance in 1921. That’s a whole lot of creative history under one roof right there…prepare to spend many, many hours soaking it up.

The exhibition will be held in Shanghai’s West Bund Art Center from April 20 to June 2, 2019.

Now, check out who Farfetch has appointed its first-ever Chief Fashion Officer.