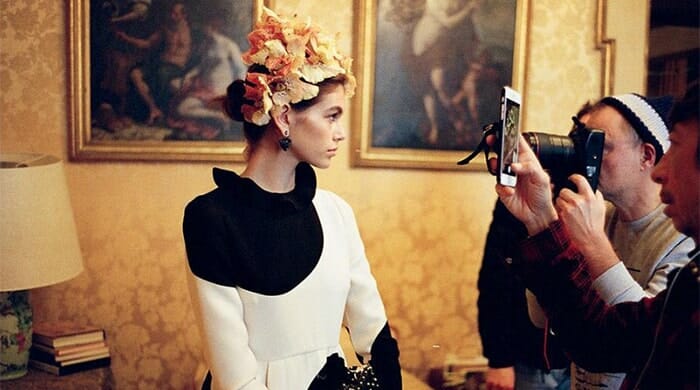 Just when we thought we couldn't love Kaia Gerber any more, this new campaign has proved us wrong...

Kaia Gerber already has a slew of campaigns and ambassadorships under her belt and she just added one more to her list.

The face of major fashion labels including Saint Laurent, Chanel and Marc Jacobs Beauty, the 16-year-old is also designing a special capsule collection with Karl Lagerfeld. Now, she’ll have even less spare time following the announcement that the supermodel offspring is the new face of maison Valentino.

Sharing the first snippets of the captivating campaign via Instagram, the images (photographed by renowned photographer Juergen Teller) feature a “rebellious spontaneity” as the two models are captured at the Villa Aldobrandini, just outside of Rome.

Dressed in ensembles from Valentino’s Pre-Fall ’18 collection, Gerber and Summers also showcase the new Valentino Garavani Rockstad Spike and Candystud handbags. Take a closer look at the new accessories in the new campaign video (above) and image here… 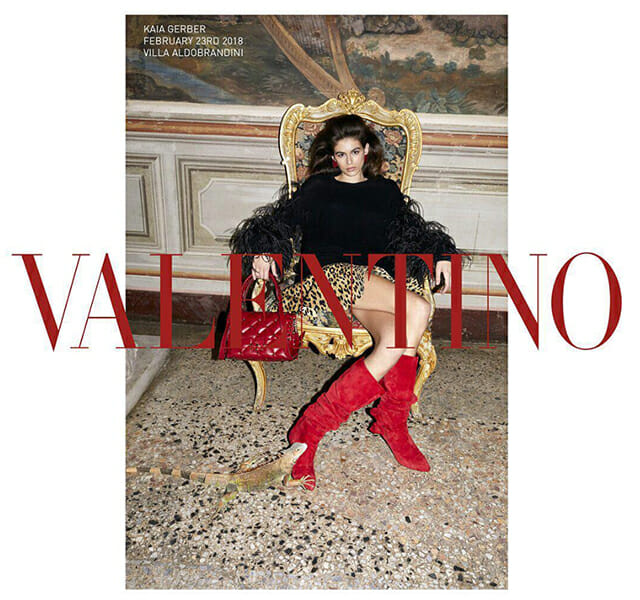 This isn’t the first time the model has teamed up with the Italian maison. Gerber has walked several runway shows for Valentino since she made her debut on the catwalk for Calvin Klein in September 2017.

Now, take a look at who is Giorgio Armani’s first global beauty ambassador.