The September shows get a mix-up
May 20, 2018
Maddison Glendinning 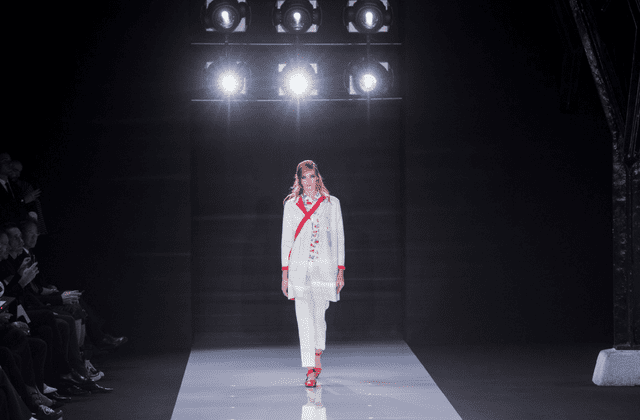 Three more brands have joined the co-ed runway movement across the weekend. Here's who and why they did...

Gucci, Balenciaga, Saint Laurent and Givenchy (who yesterday dressed Meghan Markle for the royal wedding) are among the brands who have, in recent seasons, opted for a co-ed format. The mixed approach allows designers to reduce the number of shows they participate in across the year, as well as allowing them to showcase their creative vision for the brand across both sexes.

And now, three more designers are joining the movement with Haider Ackermann, Emporio Armani and Furla all announcing they’ll adopt the new format for the September shows.

Speaking to WWD about Ackermann’s decision, the brand’s Public Relations Director Michèle Montagne, said, “This decision reflects a desire to stage a new balance between the two collections by breaking with codes and re-creating magic with the interaction of two different identities.”

Meanwhile Emporio Armani made the announcement at a press conference for Men’s Milan Fashion Week and also revealed they will not show at their usual Armani Theatre location come September but that a new (and currently undisclosed) location will host its September show.

Stay tuned to Buro 24/7 Middle East for the location revelation.

In the meantime, find out who has replaced Haider Ackermann at Berluti.