Here’s what to expect from Milan Fashion Week in February 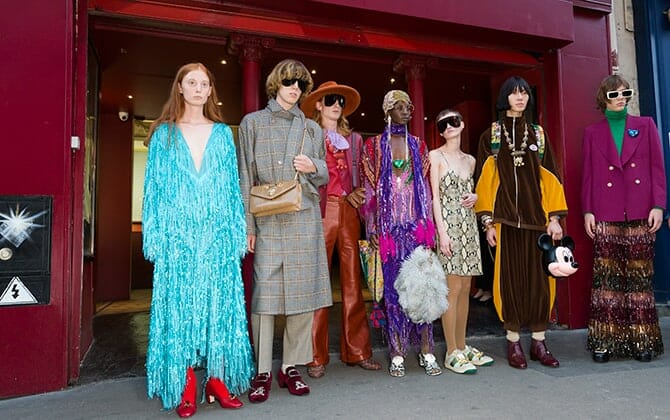 There's been a lot of changes happening to the Milan Fashion Week schedule, so make sure to double check those invitations...

Milan Fashion Week is right around the corner and there’s plenty to look forward to. And whilst we’re looking forward to seeing a string of coveted brands take their Fall/Winter ’19 collections to the runway, there are a few changes happening to the schedule.

Not to worry. We’ve listed them below…

Who’s returning to the schedule?

Since Gucci’s Pre-Fall ’18 campaign release, it was evident that the brand had a new-found love for France. Now, it seems that Alessandro Michele is set to bring the Italian label back to its roots during Milan Fashion Week. We can’t wait!

Who will be making their debut?

Adding a little more excitement to the calendar this year, Bottega Veneta‘s new Creative Director Daniel Lee will be making his official debut on February 22 at Piazza Sempione. The debut show will also be seen as a return for Bottega Veneta as the brand took a break from the runway last season since Lee was just appointed as Tomas Maier’s successor.

Who has changed their show venues?

A number of brands have been revealing their show locations and now, Etro, Salvatore Ferragamo and Versace have done the same.

It’s been 12 years since Salvatore Ferragamo have been delivering statement collections at Palazzo Mezzanotte but now, it seems like they’re in for a change and will take their next autumnal (and co-ed) collections to the Rotonda della Besana on February 23.

Etro will also be moving away from its usual show venue (Milan’s ice skating rink) and will, instead, showcase their newest collection at Italy’s largest music conservatory, Giuseppe Verdi, on February 22.

According to WWD, Versace will be changing their show location too with “the Bourse doors [set to] open for Versace for the first time” on February 22.

Milan Fashion Week is set to run from February 19-25. Are you FROW-ready?

In the meantime, find out which brand will be showcasing their Resort 2020 collection in Berlin, Germany.