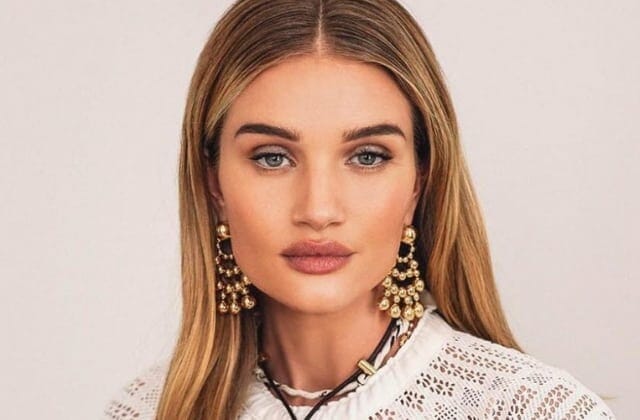 The English model and actress of the moment has landed herself a new fashion gig. She's the star of BCBGMAXAZRIA's Spring 2019 campaign and it's making us want to buy all the pieces. Stat...

PSA: Prepare for the tidal wave of Rosie Huntington-Whiteley coming your way, because she is doing pretty much everything right now. Only recently we got wind of her possible TV show and now it’s been revealed she’s starring in BCBGMAXAZRIA’s Spring 2019 campaign.

As part of the brand’s overhaul for Spring 2019, Creative Consultant Kate Young is bringing a younger edge to its aesthetic. The Hollywood Stylist has been tasked with shifting the brand to a new market after 2017’s store closures and the departure of founder Max Azria as well as his wife Lubov, who served as Creative Director and CEO.

BCBGMAXAZRIA has always been known as the one-stop mall shop for evening gowns or anything super elegant. But now, in its 30th year, change is coming. The new collection starring Huntington-Whiteley features suits, column dresses and loose knits that exude a more modern kind of sophistication.

In a statement, Huntington-Whiteley said, “The clothes really convey everything. I think the messaging is about an ambitious woman, positive, upbeat. She’s a go-getter and she wants to be stylish and put together at the same time.”

So far, Young is knocking it out the park.

Now, check out which campaign Bella Hadid is fronting for Spring 2019.