The pieces are up for auction
June 10, 2018
Maddison Glendinning 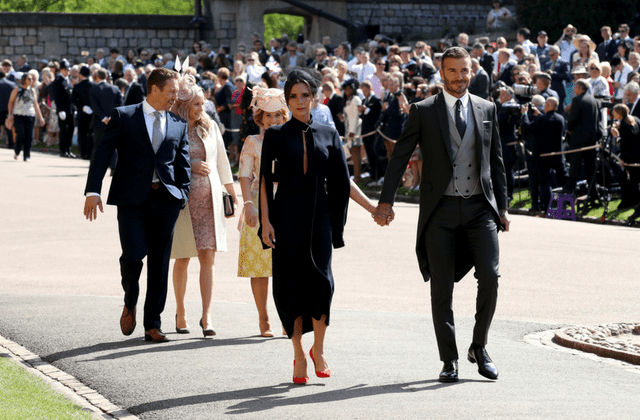 David and Victoria Beckham were sartorial standouts at the wedding of Prince Harry and Meghan Markle last month and now their outfits are up for grabs...

Last month’s royal wedding was a sartorial feast and two of the best dressed attendees were undoubtedly David and Victoria Beckham. And now, you can own the outfits they wore on the momentous occasion as the couple is putting the pieces up for auction.

Announcing the news on Instagram over the weekend, the celebrity pair revealed they were auctioning the pieces off to support the We Love Manchester Emergency Fund which was established after last year’s terrorist attack to help the families affected by the tragedy.

Whilst Victoria’s dress (from her upcoming Resort ’19 collection) was particularly pretty, David’s outfit is the one to own seeing as it was the first suit designed by Kim Jones for Dior Homme ahead of his official debut later this month. The monogrammed piece comes complete with the suit, a light grey double-breasted waistcoat, Egyptian cotton poplin shirt, a grey silk satin tie and black calfskin leather derbies, writes Omaze, the company with which the pair has partnered to facilitate the sale.