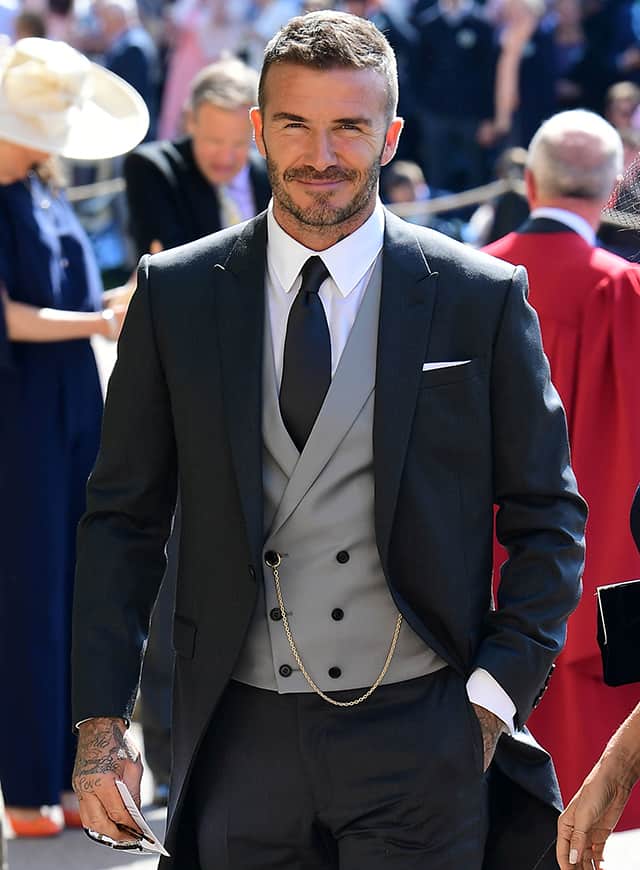 Kim Jones couldn't have picked a better stage for his Dior Homme debut...

Some of the world’s most famous faces gathered to watch Prince Harry and Meghan Markle become husband and wife yesterday, and whilst all eyes were on the royal couple (particularly Meghan in that beautiful Givenchy gown), the 600 guests, including members of the royal family and former Suits co-stars, were certainly dressed for the occasion, too.

From Amal Clooney‘s honey yellow midi dress to Oprah‘s soft pink tiered dress — which were both designed by Stella McCartney (whom the bride also opted for at the wedding reception) — there were lots of stylish ensembles (and hats) spotted on the way to the Windsor Castle.

And although the women took centre stage for the most part, David Beckham caught the eyes of many with his two-toned suit. And it turns out it was the first official design by Dior Homme’s Kim Jones.

The new Creative Director was announced in the role in March and ahead of presenting his full debut collection in June, we finally got a sneak peek at his brilliant creativity on the football star.

Jones created the slim-cut suit for Beckham, made up of a charcoal grey wool morning coat, matching pants, a double buttoned vest in a lighter shade and crisp white shirt and tie.

We can probably expect to see a line of suits similar to Beckham’s when Jones makes his official debut at Men’s Paris Fashion Week this June.

Now, take a look at some of the highlights from the Royal Wedding.