Screen time: The movies to see during Ramadan 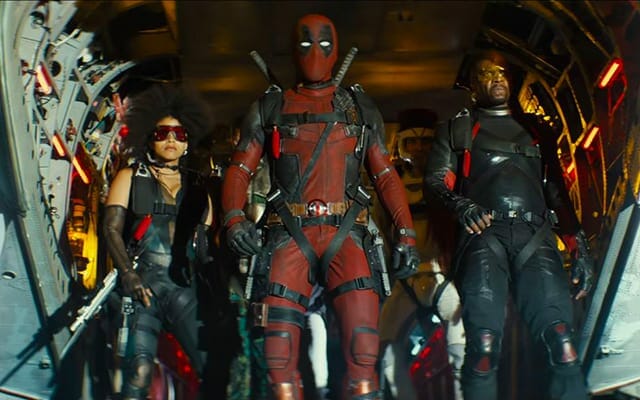 Stuck for weekend plans this Ramadan? Head to your nearest cinema to see one of these highly-anticipated blockbusters...

This Ramadan, we’ve got your Iftar and Suhoor plans sorted in our edit of the top places around the country offering exquisite experiences during the Holy Month. But during the day, theatres across the Middle East are releasing some of Hollywood’s biggest films to keep you occupied.

Deadpool 2 is undoubtedly one of the most anticipated films to be released this summer. The American superhero film is the sequel to the 2016 Deadpool film and its events take place two years after. Wade Wilson (played by Ryan Reynolds) finally returns home to his loved ones, only to be met with a series of tragic events. Our advice? See it before the spoilers kick in.

Deadpool 2 is out now in movie theatres across the Middle East.

Solo: A Star Wars Story film recently premiered at the Cannes Film Festival and its pre-show red carpet was a model-filled affair. Now, the film will finally be released in the Middle East later this month and we can only expect the next chapter of the Star Wars franchise to be just as good as the previous films. The story follows the early adventures of the galaxy’s favourite smuggler, Han Solo, and his famed companion, Chewbacca.

The fifth instalment of the Jurassic Park film series is set to be one of its best yet. The film will be released during the first weekend of next month and marks the second instalment of the Jurassic World trilogy. Continuing on from its 2015 story where dinosaurs have escaped their home at Jurassic World theme park on Isla Nublar, this movie sees the lead characters launch a rescue mission to bring the creatures safely to a dedicated sanctuary created in America.

Jurassic World: Fallen Kingdom will be released on June 7, 2018.

The next film in the Ocean’s series, the highly-anticipated Ocean’s 8 film features the movie franchise’s first all-female cast, led by Sandra Bullock and Cate Blanchett. The story follows Debbie Ocean (played by Bullock) as she brings together a girl gang (consisting of Anne Hathaway, Rihanna, Awkwafina, Helena Bonham-Carter, Mindy Kaling and Sarah Paulson) to rob the Met Gala.

Now, take a look at the details of Marvel’s first Muslim superhero film.