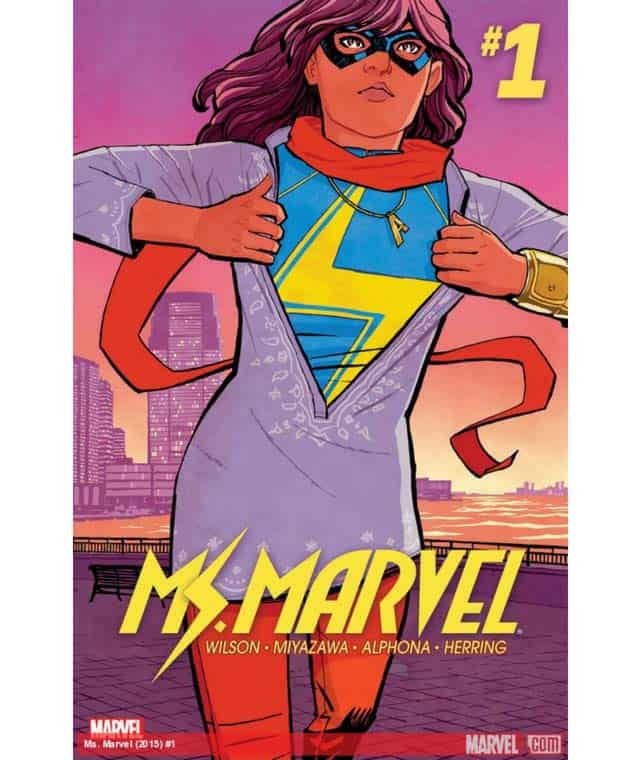 Marvel just made a huge announcement regarding one of its characters. Find out what it means below...

The next movie in the Marvel Universe franchise is currently underway, but that hasn’t stopped Marvel bosses from confirming the next project they’re planning once filming on Captain Marvel has wrapped.

Speaking with the BBC, Kevin Feige, the President of Marvel Studios, explained, “Captain Marvel‘s shooting right now with Brie Larson. Ms. Marvel, which is another character in the comic books, the Muslim hero who is inspired by Captain Marvel, is definitely sort of in the works. We have plans for that once we introduce Captain Marvel.”

The inclusion of Ms. Marvel, whose real name is Khamala Khan, is particularly significant given that she is Muslim Pakistani teenager living in New Jersey. According to Vice, she was introduced as a character in 2013 and “after she discovers her superhuman ability to kick butt my shape-shifting and lengthening her arms and legs, Khan dons a shalwar kameez-inspired red, blue, and yellow costume and gets to work.” They added that she was “inspired by creator Sana Amanat’s own experiences growing up Muslim in America” and that she “has to balance crime-fighting with her medical studies and the expectations of her family.”

The Internet has gone wild since the news was announced overnight, with many beginning to cast their ideal Ms. Marvel. It looks like we’ll have to wait a little while longer to find out who will land the sure-to-be iconic role but we’re pretty thrilled about this major move towards a more diverse and inclusive franchise.

Now, find out how many records Marvels’ Black Panther broke during its run in cinemas.