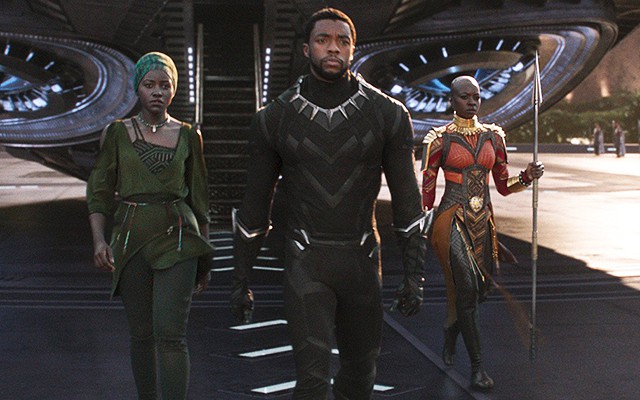 Black Panther is undoubtedly one of the most highly anticipated launches of the year and its opening weekend in North America proves it...

The world loves a superhero movie, and it seems that Disney‘s newest film Black Panther might just be one of its best yet.

The highly-anticipated film opened in cinemas across North America across the weekend and pulled in a staggering amount of revenue. Upwards of Dhs800 million to be exact.

The New York Times predicted that the movie, which stars Lupita Nyong’o, Chadwick Boseman and Michael B. Jordan, would earn roughly Dhs606 million in its opening weekend, however, ticket sales far exceeded their estimates. It now boasts the highest opening weekend for a film released in February, surpassing previous record-owner Deadpool. The numbers only account for North America, indicating that it is all-but certain to continue to smash box office records globally as it premieres across the world.

And that’s not all. It is already the highest-grossing film by a black director, is the biggest solo superhero launch of all time (beating out the likes of Iron Man) and had the fifth largest opening weekend of all-time coming in just behind Star Wars: The Force Awakens, Star Wars: The Last Jedi, Jurassic World and The Avengers.

Given that it is only in its first few days of release, we suspect this isn’t the last set of records it will break before it leaves the big screen.

Black Panther is now showing in cinemas across the UAE and GCC.

Now, see the best red carpet looks from yesterday’s BAFTA Awards, celebrating the best in film and television this year.