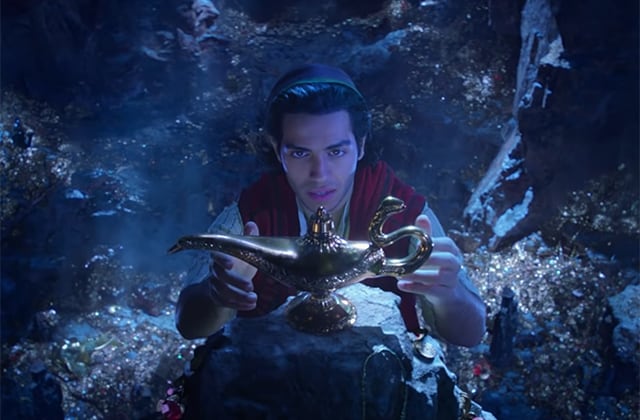 We’ve finally got the first glimpse at the upcoming live action remake of Disney’s Aladdin...

Earlier this year Disney announced that it was making a live action version of its beloved film, Aladdin. Casting announcements were made — Aladdin is being played by Egyptian actor Mena Massoud whilst the role of Princess Jasmine went to Naomi Scott — and since then we’ve been (not so) patiently waiting for the first look. Now, it’s finally here.

Overnight Disney released the first trailer for the film and it looks good. It shows Aladdin in the Cave of Wonders discovering the genie lamp (the genie was played by Robin Williams in the original and Will Smith will take on the role this time around) as well as Jafar’s parrot Iago in the opening scenes.

The film is slated for release on May 24, 2019. Seeing as it’s already practically December, that will come around in no time at all.

Until then, discover the shows you need to be binge watching on Netflix this month.