Here are all the details you need to know
October 12, 2018
Meeran Mekkaoui 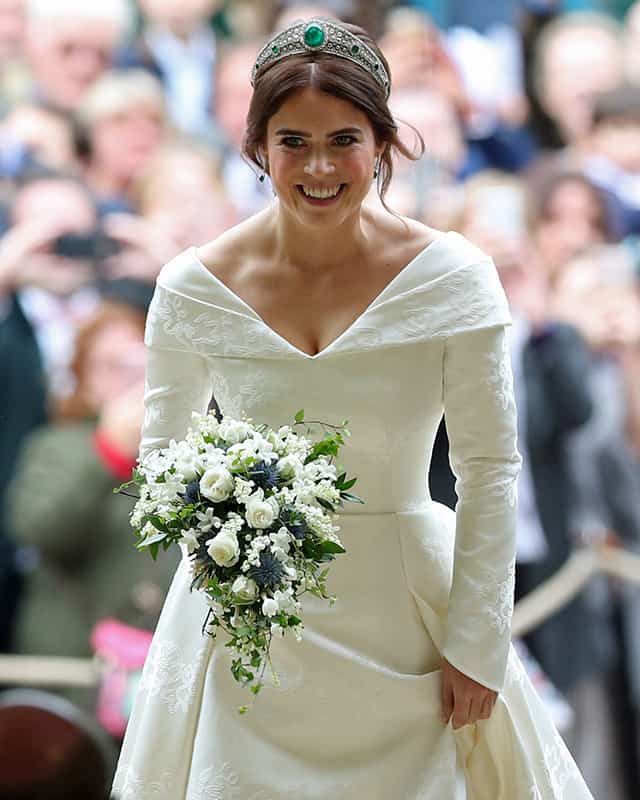 The second royal wedding of the year is happening as we speak and the bride-to-be has just arrived...

The guests have officially taken their seats at the Windsor Castle to witness Princess Eugenie marry Jack Brooksbank and whilst details of the newly married couple’s itinerary have been revealed (guests will attend a lunch hosted by the Queen followed by a black-tie evening reception at Royal Lodge, Windsor, later this evening), one question was still lingering on our minds — which designer will Princess Eugenie be wearing?

Well, our questions have been finally answered as the wait is officially over.

The bride-to-be has arrived at Windsor Hall wearing a dress designed by Peter Pilotto and Christopher De Vos, who founded the British based label Peter Pilotto. 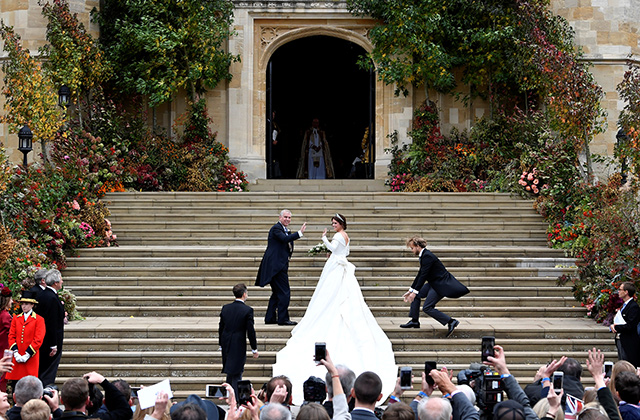 Kensington Palace announced that the bride has been wearing the designs by the label for several years and previously met the designers when she was co-hosting an event in support of women artists. In preparation for her big day, Princess Eugenie worked closely with the designers on the design of the dress.

The design “undertook archive research into previous dresses worn by Members of the Royal Family and identified a silhouette. The dress features a neckline that folds around the shoulders to a low back that drapes into a flowing full-length train. The low back feature on the dress was at the specific request of Princess Eugenie who had surgery aged 12 to correct scoliosis.” 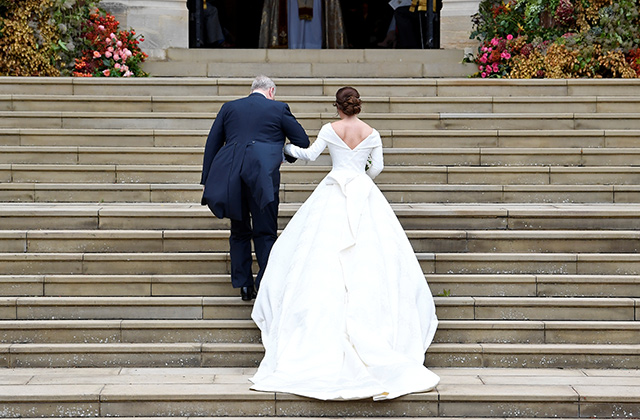 The fabric of the wedding gown symbolises a slew of elements that are meaningful to the newly married couple.

According to a statement released by Kensington Palace, the symbols are “a Thistle for Scotland acknowledging the couple’s fondness for Balmoral, a Shamrock for Ireland as a nod to the Bride’s Ferguson family, the York Rose and ivy representing the couple’s home. Peter Pilotto and Christopher De Vos have reinterpreted these symbols in a garland of rope like motifs, woven into a jacquard of silk, cotton and viscose blend.“

Whilst Princess Eugenie didn’t opt for a veil, her hair was beautifully styled by Sonny-Jo MacFarlane and accessorised with the Greville Emerald Kokoshnik Tiara, lent to her by Her Majesty The Queen. According to Kensington Palace, the tiara was “made by Boucheron for Mrs Greville in 1919 in the fashionable ‘kokoshnik’ style popularised in the Russian Imperial Court” and is “made of brilliant and rose cut diamonds pavé set in platinum, with six emeralds on either side. The tiara was bequeathed by Mrs Greville to Queen Elizabeth in 1942.”

Her earrings are a diamond and emerald wedding gift from the groom. 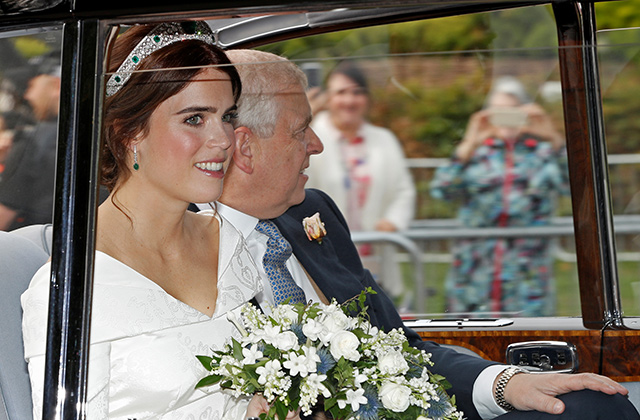 Maid-of-honour Princess Beatrice was dressed in an outfit by Ralph and Russo and a hat by Sarah Cant, whilst mother of the bride, Sarah, the Duchess of York wore a dress designed by local Windsor company Emma Louise Design, with a vintage Manolo Blahnik bag. 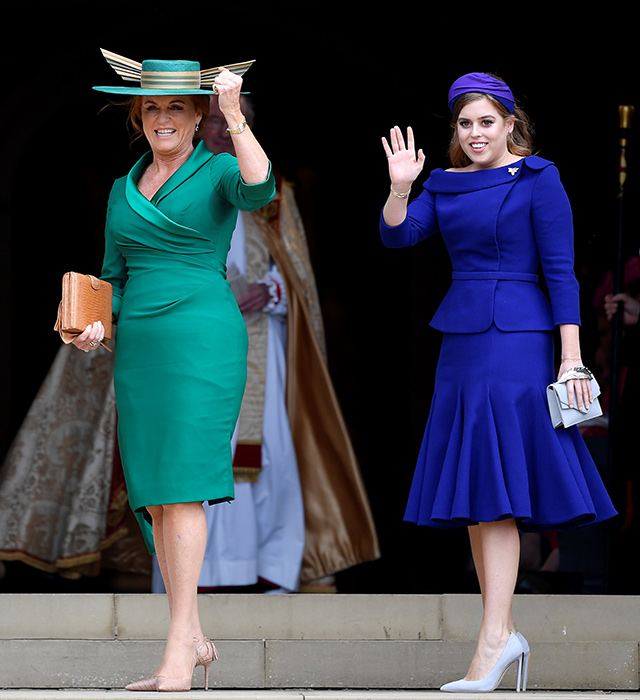 Just moments before the bride made her grand entrance, the Duke and Duchess of Cambridge’s two children, Prince George and Princess Charlotte, were spotted in their official roles as page boy and bridesmaid. Their adorable outfits were designed by Amaia Arrieta of Amaia Kids and the design incorporates the Mark Bradford artwork included in the Order of Service.

Now, take a look at why the Windsor Castle has become the most popular attraction in the UK.