Stop everything: Meghan Markle and Beyoncé were spotted at The Lion King premiere

Can you feel the love tonight?
July 15, 2019
Meeran Mekkaoui 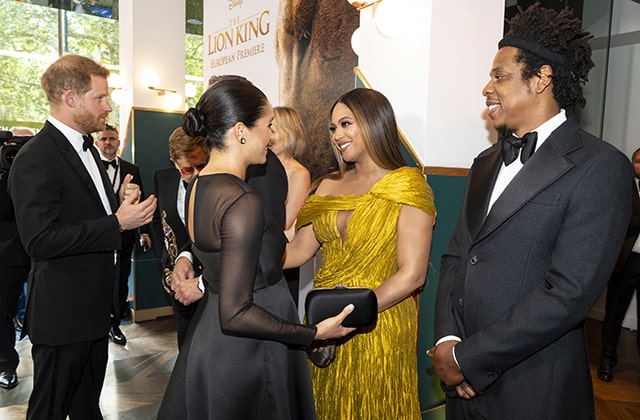 It's been an eventful week for the Duchess of Sussex and she just added one more event to her calendar...

We’re slowing getting used to seeing Meghan Markle out in the public eye again after she took some time off to welcome her first child, Archie Harrison Mountbatten-Windsor.

Just this week alone, we’ve seen the Duchess of Sussex, together with the Duke, for Archie’s christening (where they released adorable images from the intimate gathering), at a polo match alongside Kate Middleton and her three children (Prince George, Princess Charlotte and Prince Louis), and at Wimbledon — not once, but twice. The new mum made a rare outing to support Serena Williams as well as during the Women’s Final with Kate and Pippa Middleton.

Now however, the royal couple have opted for a bit more glamour for the evening as they walked the gold carpet tonight at the London premiere of The Lion King.

Making a rare date night out for the new parents, Meghan dressed up in a sheer black Jason Wu dress and accessorised it with what is rumoured to be a Gucci clutch, a pair of Nikos Koulis earrings and Aquazurra ‘Portrait of a Lady’ slingbacks, whilst Prince Harry kept things simple and looked handsome in a black tuxedo. 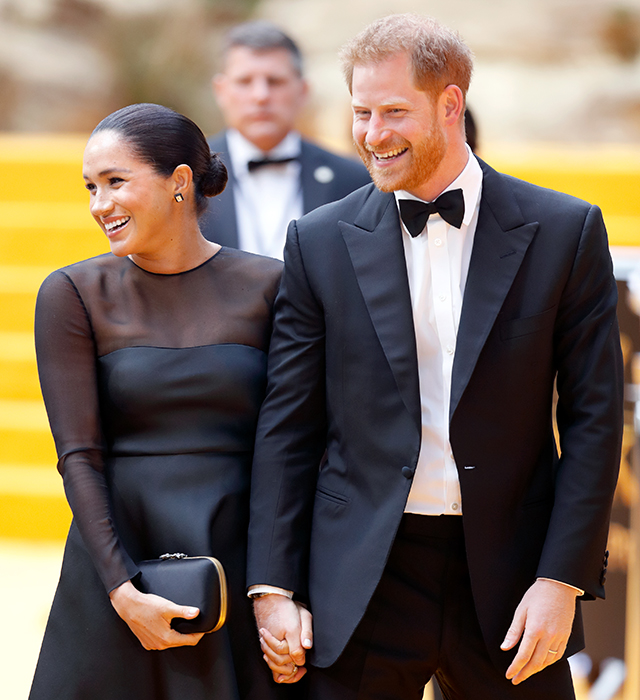 But, that’s not all.

What really had the internet buzzing overnight was this very moment right here: When Meghan met Beyoncé.

In London’s Leicester Square, two of the world’s most iconic women were finally spotted together alongside their famous husbands, Prince Harry and Jay Z. Together, the fabulous four spoke about their children, with Beyoncé telling the royal couple: “The baby is so beautiful. We love you guys”. It was then reported that the Duke of Sussex later asked about the Carters’ about the new twins, to which Jay Z responded: “The best advice I can give you [is to] always find time for yourself.”

Fresh from making headlines in her custom Alexander McQueen gown at the premiere in Los Angeles, this time, Queen Bey opted for a custom gold pleated gown by Cong Tri.

Now, find out which series has been breaking Netflix streaming records.