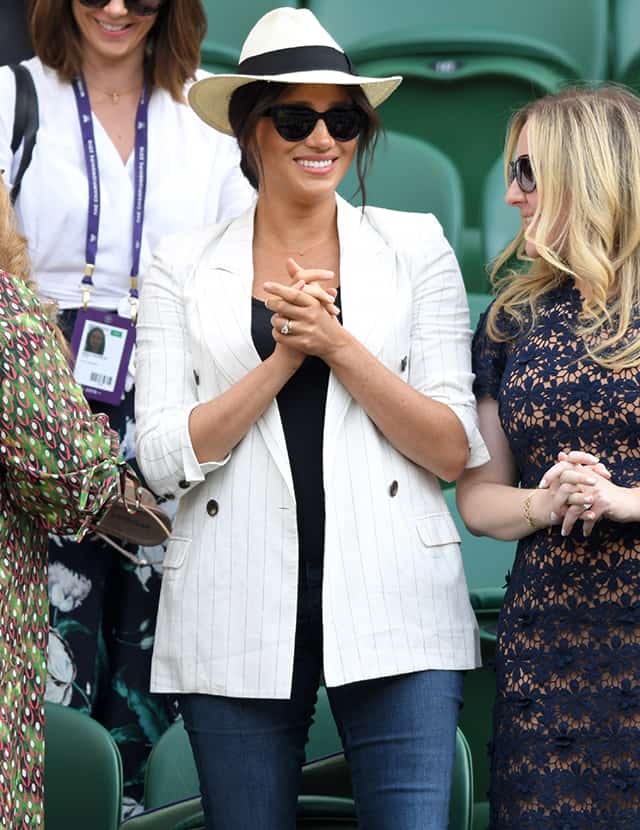 OK, so if there's anyone out there that's capable of getting Meghan Markle out and about, it's her bestie...

Earlier this week, Kate Middleton made a surprise appearance at Wimbledon, and it looks like sister-in-law Meghan Markle followed suit yesterday.

The Duchess of Sussex surprised the crowd at Wimbledon as the new mum made a rare outing to support none other than Serena Williams during her match. Meghan arrived at the match with fellow Northwestern alums Genevieve Hillis and Lindsay Roth, who are both reported to be present for baby Archie’s christening this weekend.

All in the name of being a good friend, Meghan kept it simple for the occasion and reportedly wore a white pinstripe L’Agence Brea cotton-blend blazer, a Madewell hat, blue skinny jeans and black Henrietta sunglasses from Finlay & Co.

What caught our eye in particular, though, was what was sitting around the Duchess’ neck. If you look closely, you’ll be able to see a simple ‘A’ emblem on a gold chain for her baby boy. 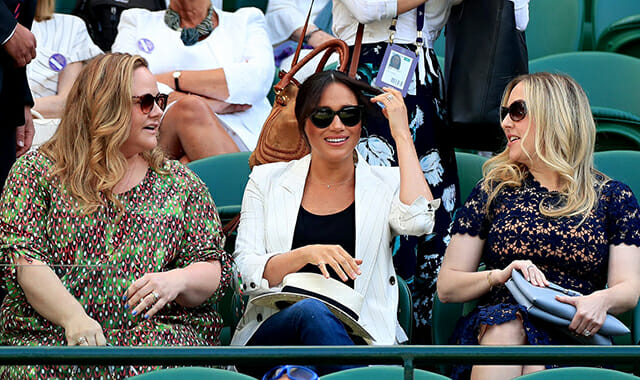 Now, meet the 15-year-old that beat Venus Williams at Wimbledon.