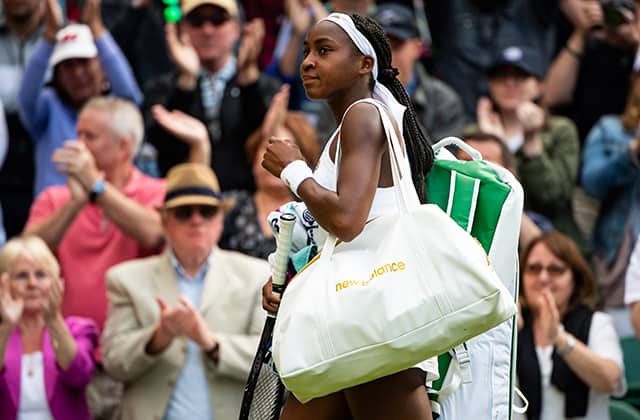 Meet Cori 'Coco' Gauff, the 15-year-old that made history as the youngest player to reach Wimbledon's main draw where she beat one of the world's greatest champions...

The 2019 Wimbledon championships are currently taking place and overnight, one particular game caught our attention here at Buro. HQ.

Cori Gauff, otherwise known as Coco, was up against one of the world’s greatest tennis champions of all time (we’re talking about Venus Williams), and to say that she brought her A-game on to the courts, would be an understatement.

The 15-year-old Coco went far beyond that and downed the five-time Wimbledon champion on her debut in the tournament yesterday. She beat the 39-year-old Williams, one of her biggest idols, 6-4 6-4 in their first-round clash at the All England Club.

And her win didn’t stop there.

Congratulations Coco! We’re rooting for you…

Now, find out why we think that Meghan Markle might be making an appearance at Wimbledon pretty soon.