White for Wimbledon. Why not?
July 2, 2019
Meeran Mekkaoui 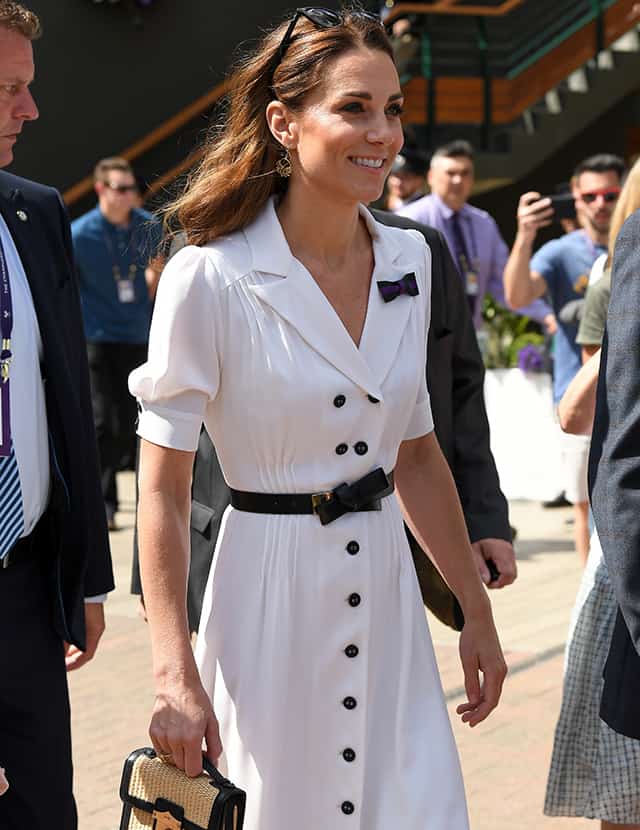 It's officially day two of the Wimbledon championships and Kate Middleton was spotted sitting court-side in a beautiful belted white dress...

It’s been quite an eventful edition of Wimbledon this year. Earlier today, we’ve come to learn that Cori ‘Coco’ Gauff, a 15-year-old champion in-the-making, beat Venus Williams 6-4 6-4 in their first-round clash at the All England Club. Now, there’s been another surprise at the tennis championships but this time, it’s off the courts and on the stands.

Kate Middleton made a surprise appearance on day two of the games, which makes sense given that the Duchess of Cambridge is a patron of Wimbledon.

Whilst it’s still early in the competition, we’re hoping to see a lot more of the British royal as she attended the ladies’ and gentlemen’s championships much later in the tournament last year, alongside new mum, Meghan Markle.

For the occasion, the Duchess opted for a polished white button-up dress by British fashion label Suzannah and a bow belt by Alexander McQueen, her go-to label.

We’re pretty sure this isn’t the only time we’ll be seeing the royal at the championship games.

Now, take a look at when Prince Harry and Meghan Markle made a surprise appearance for London Series earlier this week.