Another Disney remake is on the way...
August 25, 2019
Meeran Mekkaoui 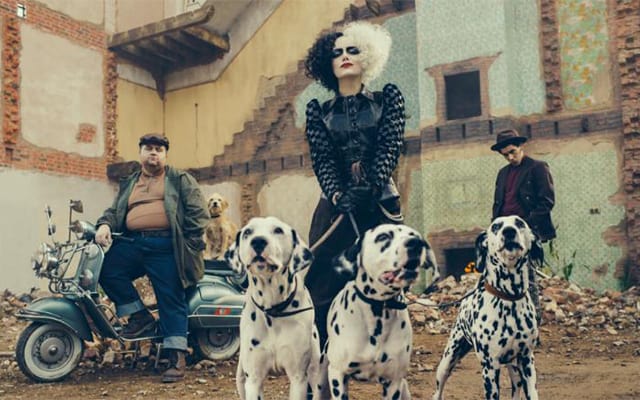 We finally know what Emma Stone has been working on...

It’s been a nostalgic time for pop culture over the past few months — whether it was the reboot of classics like Veronica Mars and Sabrina The Teenage Witch or remakes of classic movies like Life Size and Legally Blonde.

And now, it seems like there’s another remake of a Disney classic and we can’t wait for this one especially.

Disney’s upcoming adaptation of the original 1961 One Hundred and One Dalmatians cartoon (which was followed by a live-action version in 1996), is set to hit theatres on May 28, 2021. And the release date is not the only thing we know.

Excitedly, it’s been revealed that Emma Stone will be giving a new twist to Cruella De Vil, and we already have the first look at what to expect.

Disney released the first look of the Louis Vuitton ambassador and she’s rocking a significantly more punk version of the iconic villain — it looks like she could’ve just walked the Alexander McQueen runway, tbh.

In the image (above), the Oscar-winning actress is pictured with de Vil’s iconic two-tone hair and red lipstick, along with three Dalmatians.

The new adaptation of the film will tell the story of Cruella, and will follow her in her younger years during the 1970s. In the film, you’ll also be able to spot Emma Thompson, Paul Walter Hauser, and Joel Fry.

Now, read more about how Hilary Duff is set to reprise her role as Lizzie McGuire.