And one of its original main characters has returned
July 10, 2018
Maddison Glendinning 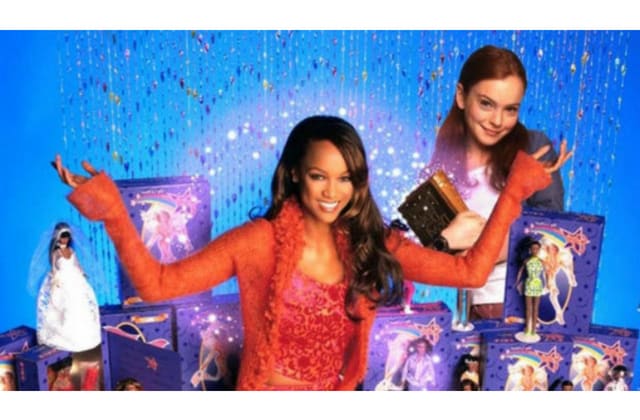 First Legally Blonde, now this?! What a year it's going to be...

Last month, Reese Witherspoon confirmed that Legally Blonde 3 was officially happening which had us over the moon here at Buro HQ. And now, yet another one of our early 2000s film favourites is coming back this year.

You may remember a time when Tyra Banks and Lindsay Lohan starred alongside one another in a movie called Life-Size. Well, how could you not? It’s an excellent film. Anyway, four years after rumours began to surface that a sequel was in the works, Freeform has confirmed that the movie has begun filming.

Plus, Tyra Banks confirmed today that she would be making a return as Eve, the doll brought to life by Lindsay in the OG film. However, it has not yet been confirmed if LiLo will also return but Banks did say she was considering it, telling EW, “I think she’s very interested in returning. It’s about figuring out what that role is. I’d like it to be kind of robust.”

Banks confirmed her return on Twitter, sharing a picture of herself and Francia Raisa who will appear in the film also, writing, “Now filming: LIFE SIZE 2. It’s time y’all! You’ve waited long enough.”

The movie won’t hit the big screen but will debut on Freeform’s TV channel in December of this year so after almost 18 years, there’s officially not long left to wait. We’ll just be over here singing shine bright, shine far in the meantime…

Now, find out which Middle Eastern talents the Academy has welcomed as members this year.