Here's what they got up to on day one
July 11, 2018
Maddison Glendinning 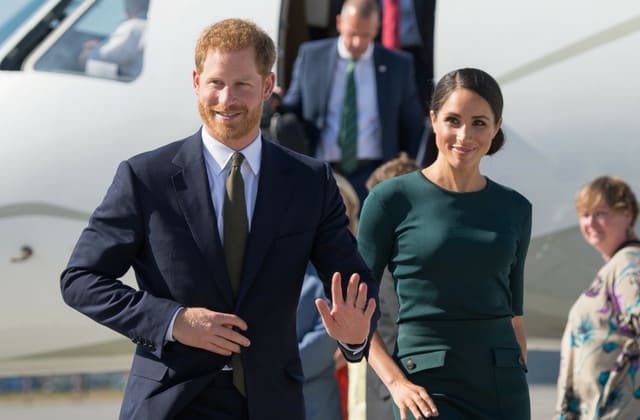 Prince Harry and Meghan Markle have begun their first official royal tour of Ireland as a married couple...

Yesterday was quite a large day for the Duke and Duchess of Sussex. After attending the Royal Air Force 100 years celebration (which included a service at Westminster Abbey, a presentation in the grounds of Buckingham Palace and then a balcony appearance to watch the flyover), the pair then hopped on a private jet to Ireland to begin their first royal tour as a married couple.

Meghan changed out of her navy bespoke Dior midi dress into a bottle green long sleeve top and pencil skirt combo from Givenchy (which she accessorised with yet another handbag from Strathberry) to land in the country. Upon landing, the pair was greeted by Taoiseach Leo Varadkar, the Prime Minister of Ireland who then gave them a tour of the government offices where they signed the official guest book.

Later that evening, the newlyweds attended an elegant garden party hosted by the British Ambassador to Ireland. For this event, Meghan opted for a black Emilia Wickstead dress (a surprising choice after the comments made by the designer about the Duchess’ wedding dress just a few months ago), a Givenchy clutch and Aquazzura shoes leaving her hair out in a side-part with soft curls that showed off her Birks diamond earrings. During the event, Harry and Meghan met with activist and author Sinéad Burke as well as Rugby legend Brian O’Driscoll.

See highlights from the day below… 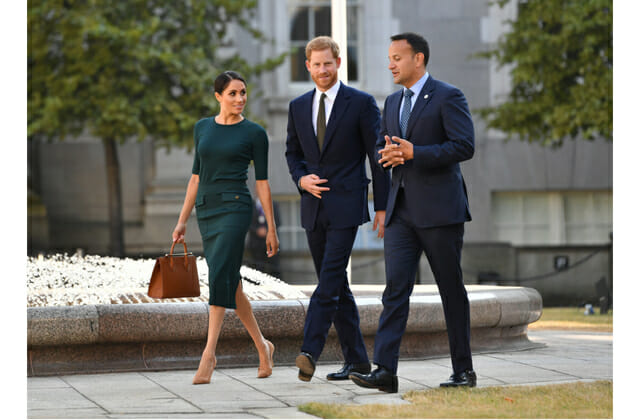 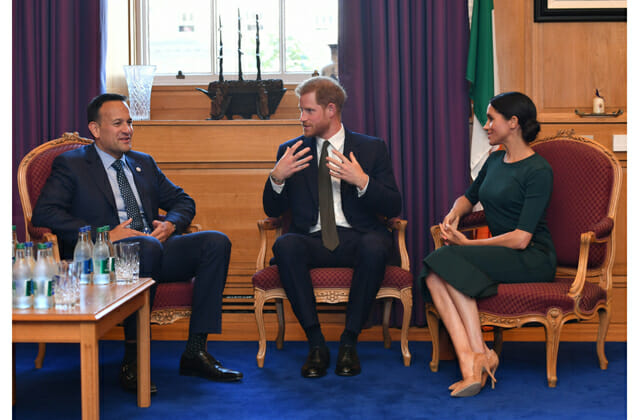 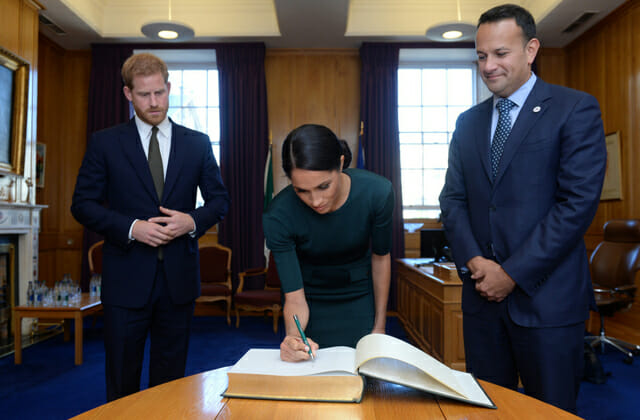 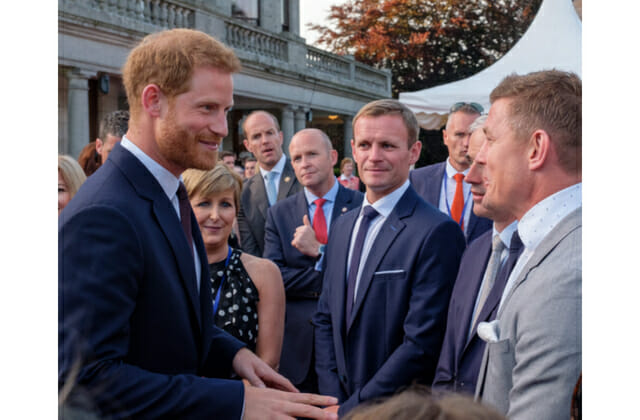 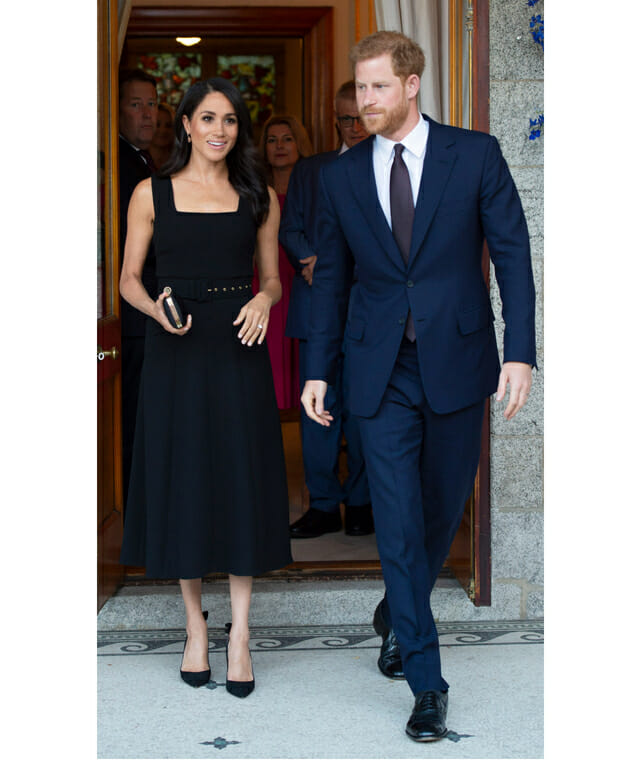 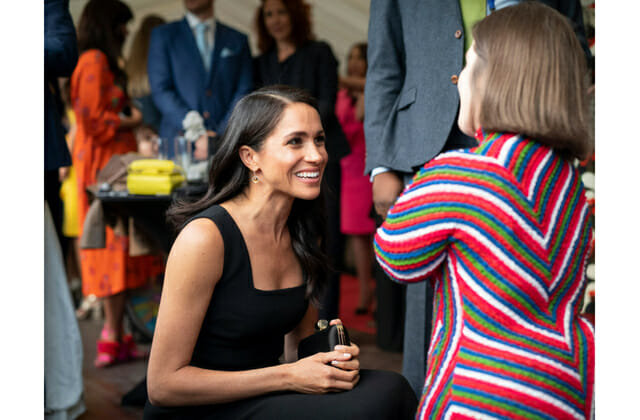 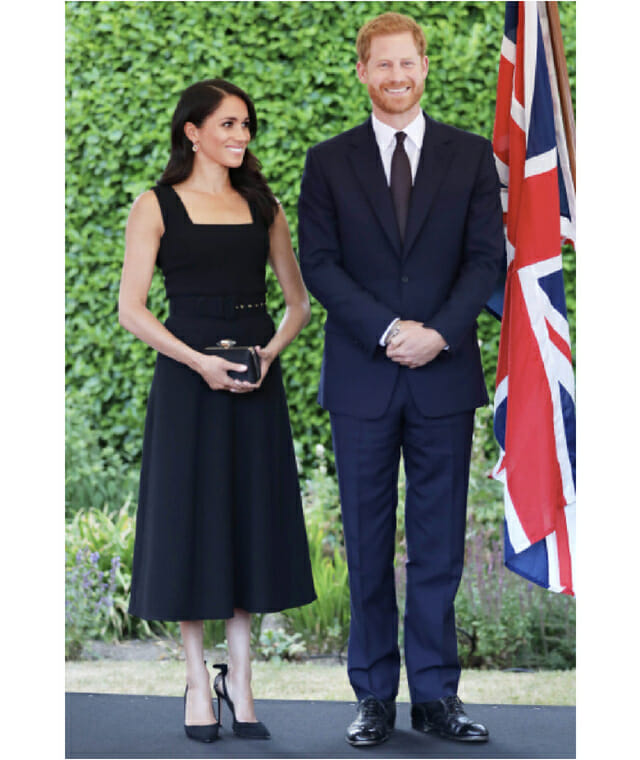 The pair have another full day in Dublin today so be sure to stay tuned to Buro 24/7 Middle East for all the latest royal updates.

Until then, discover the debut bridal collection from this Meghan-approved designer.