6 films you can’t miss this March

Some of the year's biggest releases are happening this week
March 3, 2018
Maddison Glendinning 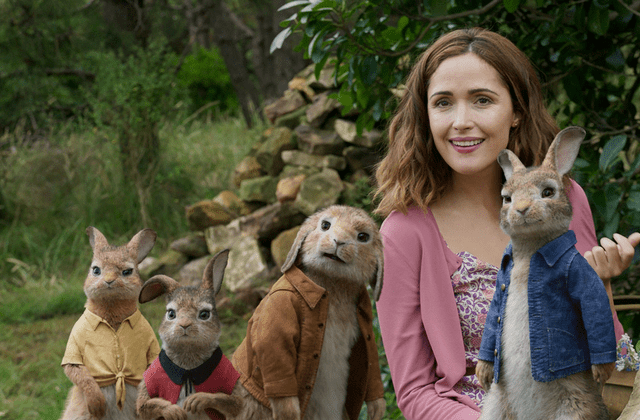 March is officially upon us and some of the year's biggest movie releases are on their way across the next 31 days...

With the cloudy weather we’ve been experiencing lately, there’s perhaps no better weather (other than the scorching heat of the summer) to head to the movies. And there’s no shortage of films to go and see this month. Several of the year’s biggest releases will make their way into cinemas this month making for a spectacular four weeks of film. Here’s our edit of the top flicks to watch…

The Oscar-nominated movie has finally landed on our shores. The movie, starring Margot Robbie as Tonya Harding, follows the life of the infamous skater up to, during and after the scandal involving Nancy Kerrigan. Alison Janney plays Tonya’s mother and has won every Supporting Actress award this year to date (all-but confirming she’ll take home the Oscar at Monday’s ceremony) adding to the movie’s must-see appeal.

I, Tonya is in cinemas across the UAE from March 1.

2. A Wrinkle In Time

Easily one of the year’s most highly anticipated releases, A Wrinkle In Time has an all-star cast including Reese Witherspoon, Mindy Kaling and Oprah Winfrey. The story follows Dr. Alex Murray’s (Chris Pine) children as they try to find their father who is being held captive in an alternate universe as he travels through space and time. Judging by the trailers released so far, it looks set to be as captivating visually as it is emotionally.

A Wrinkle In Time is in cinemas across the UAE from March 8.

3. The Shape of Water

Another awards season-favourite, The Shape of Water follows the story of Elisa, a mute cleaner who works in a secret government laboratory and discovers a classified experiment with whom she develops a close and special bond. Starring Octavia Spencer and Sally Hawkins, the Guillermo del Toro-directed film is one of the year’s most acclaimed releases.

The Shape of Water is in cinemas across the UAE from March 8.

17 years after the first film starring Angelina Jolie was released, the Tomb Raider franchise is back but this time, starring Alicia Vikander in the starring role. The new film follows Croft as she journeys to Japan to discover why and how her father mysteriously disappeared on a mythical island off the country’s coast. Given Vikander’s kick-butt role, we’re anticipating this to be 2018’s Wonder Woman.

Tomb Raider is in cinemas across the UAE from March 15.

Based on Ernest Cline’s bestseller of the same name, Ready Player One is directed by legendary filmmaker Steven Spielberg. Set in 2045, the sci-fi action movie looks at the lives of those living in OASIS, a virtual reality universe within which a digital Easter egg is hidden. The person who finds the egg will inherit the universe creator’s half a trillion dollar fortune, resulting in a worldwide treasure hunt. Danger, mystery and fantasy collide in what is sure to be one of the year’s most thrilling releases.
Ready Player One is in cinemas across the UAE from March 28.

One for the whole family, Peter Rabbit will undoubtedly bring a smile to everyone’s face. In the film, Peter Rabbit (voiced by James Corden) and his three sisters, Flopsy (Margot Robbie), Mopsy (Elizabeth Debicki) and Cotton-Tail (Daisy Ridley) live in Mr. McGregor’s garden happily until one of his relatives moves in and wants them out. However, he’s underestimated his opponents and the ensuing storyline hilariously and heartwarmingly follows the family’s quest for survival.

Peter Rabbit is in cinemas across the UAE from March 29.

Now, see the top events happening across the Middle East this month in our March Culture Guide.