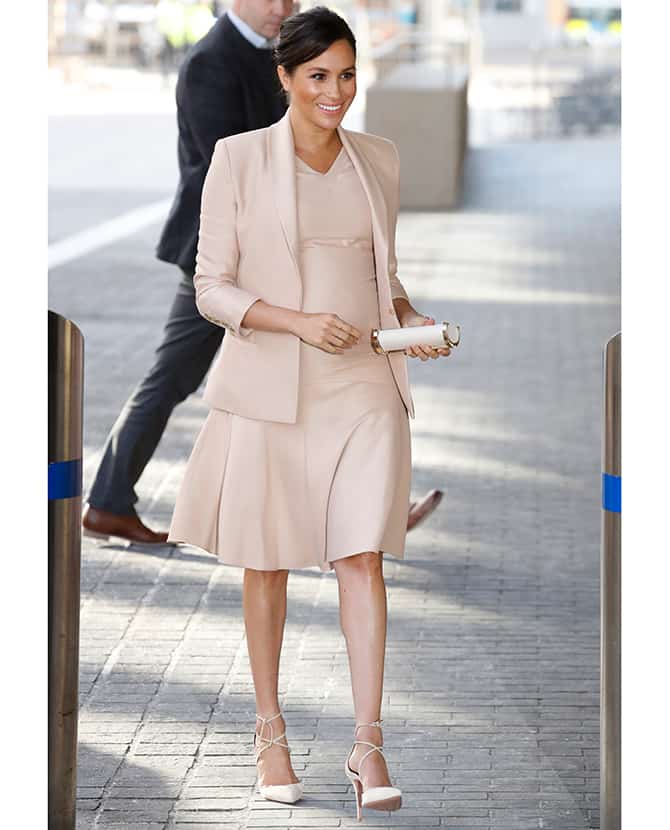 Meghan Markle stepped out solo for her first official visit to the National Theatre in London as Patron...

It looks like the British royals are out and about again, and we’re loving it.

The Duke and Duchess of Cambridge were spotted in Scotland to open the new Victoria & Albert Museum in Dundee earlier this week and now, Meghan Markle officially paid her first visit as Patron to the National Theatre in London.

It’s one of the four meaningful patronages (Queen Elizabeth has passed on The National Theatre, The Association of Commonwealth Universities, Smart Works and Mayhew), especially given her acting career prior to getting married to Prince Harry.

Her Majesty held the role for more than 40 years and whilst that is some big shoes to fill, it seems like Meghan is a natural pro.

The Duchess of Sussex made the rounds at the National Theatre chatting to people from the props, scenery and set departments as well as engaging in conversations about the arts and other community organisations. 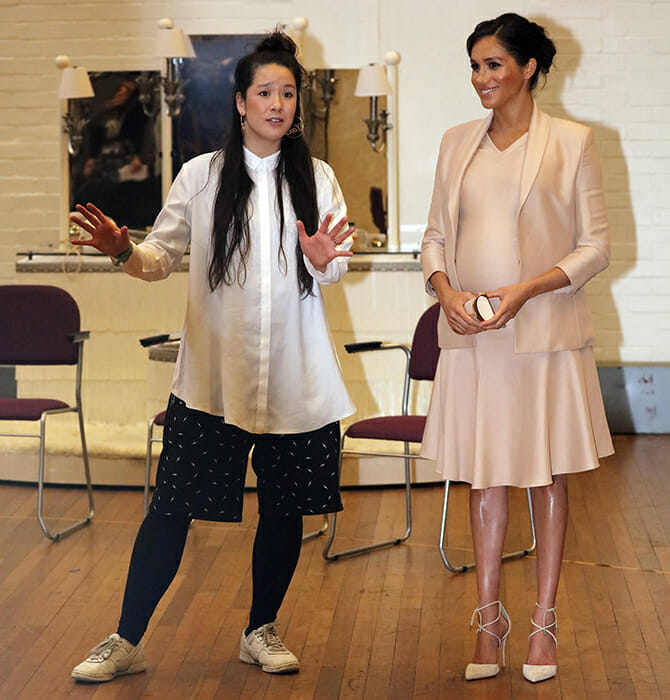 Hoping to bridge the gap between art and people from different ethnic backgrounds through theatre, Meghan was glowing in a matching dress and jacket from Brandon Maxwell. She then paired it with a nude pair of Aquazzura heels, the Metropolitan Insignia Clutch from CH Carolina Herrera and a minimal beauty look.

Prince Harry wasn’t with her this time but the pair are set to travel to Bristol on Friday for their next joint visit. Stay tuned!

In the meantime, take a look at where the royal pair went for their first joint outing of 2019.