Your next feline companion, a new photography book shot by Karl Lagerfeld 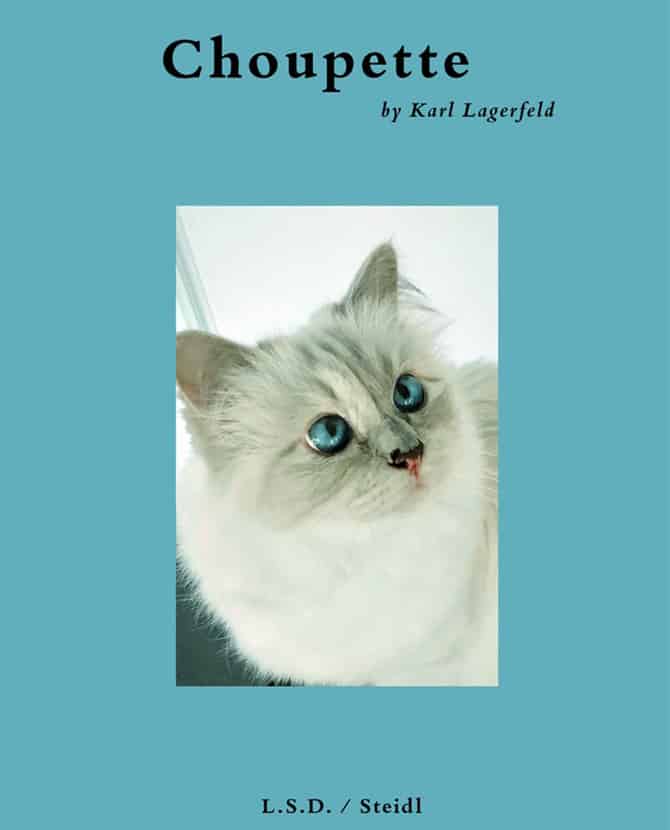 The late designer’s beloved cat Choupette is the subject of a new book of previously unseen photographs...

It’s no secret amongst the fashion world how dedicated Karl Lagerfeld was to his pet cat, Choupette; the furry four-legged feline was to the late designer, what Pumpkin is to Grace Coddington — a cuddly friend who plays not one, but multiple roles — as pet, muse and, most importantly, life-long companion.

Choupette has done all three, and then some; from fronting car campaigns and launching a beauty line with Japanese cosmetics brand Shu Uemura to travelling around the world to exotic locations via private air, we’ve watched the savvy feline day by day there by Karl’s fabulous side, up until the designer’s death in February 2019.

So, it comes as no surprise that the world’s most fabulous cat, she’s garnered herself a cool 279k followers on Instagram who tune in to get a glimpse of her awesome life, is the star of a new photography book by Karl Lagerfeld.

Shot entirely by Karl on his iPhone, the previously unseen photographs (50 to be exact), due to be published at the end of this month, give an insider’s view of the Kaiser’s beloved pet and muse’s beautiful world — a romantic ode from a loving owner to his beloved pet. The famous feline is captured in a variety of indulgent poses, which the late designer personally chose and sequenced for the book; from perched on a pile of books to being curled up in the bathroom sink and (in true Choupette style) admiring her reflection in the mirror. There’s even one of the gorgeous Birman at 30,000ft alongside two white orchids.

“She is like a kept woman. She has a strong personality. She has lunch and dinner with me on the table, with her own food. She doesn’t touch my food. She doesn’t want to eat on the floor. She sleeps under a pillow and she even knows how to use an iPad. She has two personal maids, for both night and day. She is beyond spoiled,” Karl once said in an interview.

Yes, a puss with two personal maids, a bodyguard, a private medical consultant, a life spent eating chicken pâté off silver platters by Goyard, and a known fetish for Louis Vuitton bags, Choupette is definitely living the life.

Now, find out why Fashion in LA by Tania Fares and Krista Smith should be your next read.