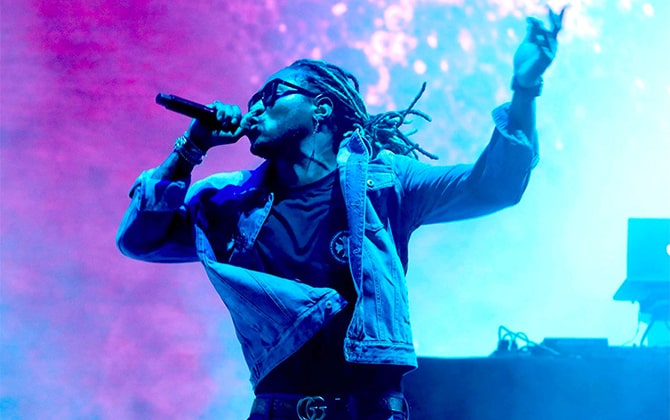 Formula One has officially rolled into the UAE and here's your guide to who's performing...

Bringing us excitement literally both on and off the track, the event (which has officially started) will be bringing some of the world’s most renowned F1 drivers, including Valtteri Bottas, Sebastian Vettel, Max Verstappen and Lewis Hamilton — all competing for the number one spot.

However, it’s not just about the races, as most of us already know anyway. Here’s we’ve rounded-up the list of headliners set to take the stage over this weekend’s Yasalam music extravaganza.

Electronic DJ Marshmello will spin a few tunes to kick off the weekend tonight. No stranger to the UAE, Marshmello will perform his hit singles including Friends, Happier and Alone.

Fresh off the back from his ASTROWORLD tour, Travis Scott was announced as the first headliner of the event however, has pulled out of his anticipated Abu Dhabi F1 gig for “extremely legitimate reasons,” according to the concert’s organisers Flash Entertainment.

American rappers Gucci Mane and Future will replace the headliner at the du Arena.

The F1 website has also updated the new acts for the November 29 gig, stating: “Expect an explosive set by Future, American rapper, songwriter, and record producer at du Arena on Friday 29th November. Renowned for his masterful use of technology, which is credited for helping to change the sound of rap music. He promises to get the crowd going with hits like Mask Off, Jumpman and songs from his latest hit 2019 album, ‘The Wizrd’.”

Lana Del Ray is set to take the stage on Saturday night and fans can expect some of her biggest past and current hits, including Video Games, Born to Die, Summertime Sadness and West Coast. It will be the first time that the songstress has performed in the UAE.

Las Vegas-born rock band, The Killers (fronted by lead vocalist Brandon Flowers) are certain to belt out some of their chart-topping singles including Mr Brightside, Somebody Told Me, Human and When We Were Young at the du Arena, Yas Island — and we can’t wait.

It’s going to be a musical weekend. We’ll see you there.