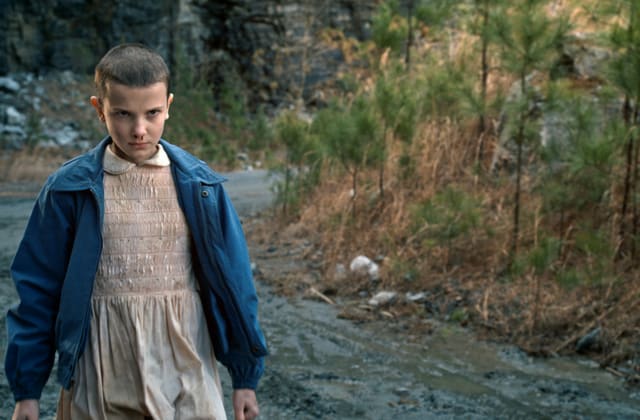 Can't get enough of Netflix's Stranger Things? Us either, which is why this news was music to ours today...

If, like us, you’re eagerly awaiting the release of the third season of Stranger Things on Netflix, you’ll be thrilled to know that come 2019, you’ll be able to get a double dose of the hit TV show thanks to a new book series.

According to Deadline, a book series is in the works that is based on the events of the show, specifically Terry Ives, Eleven’s mother, and her involvement with the MKUltra program. The prequel is being penned by Gwenda Bond, the woman responsible for Girl on a Wire, and will reportedly be released in spring of next year.

All we know about Terry is that she was part of a CIA-backed mind control program during which she underwent several experiments. She was pregnant with Eleven at the time, who was kidnapped at birth and forced to undergo similar experiments. When Terry found out that Eleven was alive (she was told she had lost the child during birth), she tried to get her back but was electrocuted so badly that it left her in a non-communicative state from then on.

We predict this is going to be a very interesting read.

Until then, see how a slew of Hollywood A-listers celebrated the 90th anniversary of Mickey Mouse in this new tome.