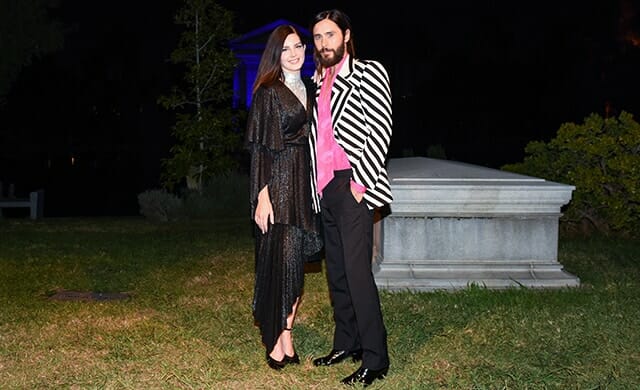 Gucci has announced two of its closest friends as the new faces of its upcoming fragrance..

Lana Del Ray and Jared Leto have been friends of maison Gucci since Alessandro Michele took the reigns, wearing the designer’s creations on the Met Gala red carpet earlier this year and on several occasions since. Now, the trio is taking their friendship one step further following the announcement that Jared and Lana will front the brand’s upcoming fragrance campaign.

According to WWD, the pair will front the upcoming Gucci Guilty campaign, formally announced on Friday at a party in Los Angeles at the Hollywood Forever Cemetery. US reports that Courtney Love also makes a cameo in the campaign, which was directed by Glen Luchford and that the Gucci Guilty female fragrance will be housed in a revamped bottle moving forward.

The campaign is expected to drop globally in January 2019, though we suspect we may get a sneak peak sooner than that. Watch this space.

In the meantime, find out more about Gucci’s newest store in the Middle East.