The coolest places in the Big Apple
September 10, 2018
Meeran Mekkaoui 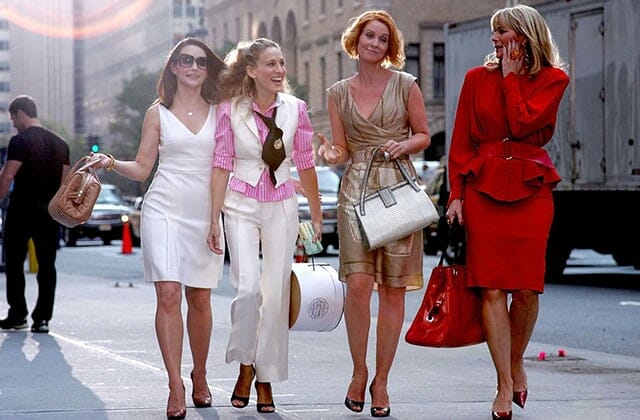 If you're contemplating a last-minute trip to New York for fashion week, we've got you covered...

he fash pack has officially descended on the Big Apple for New York Fashion Week and with several coveted shows on the schedule, planning your trip should be as least stressful as possible.

With some of fashion’s biggest names including Tom Ford, Tory Burch, Noon by Noor, Jason Wu, Ralph Lauren, Rodarte and Zimmermann, showcasing their latest Spring/Summer ’19 collections within hours each other, we’ve got you covered on where to stay, where to eat, what to do and where to shop in between shows.

If you’re looking for a chic and modern hotel to rest your head after a jam-packed day of runway shows, Nomo Soho is one of the many hidden gems the streets of New York have to offer. With floor-to-ceiling windows that showcase breathtaking views of the city, comfortable suites, marble bathrooms and designer toiletries, Nomo Soho will add even more flavour to your Instagram feeds as you capture your street style looks in front of the hotel’s many Insta-worthy backdrops.

If you’re looking for a grand New York experience, the Baccarat Hotel and Residences is the place for you. Located in the centre of Manhattan, the bustling city may be buzzing with the typical New York atmosphere but once you’re inside the hotel, you’ll be immediately transported into a world of luxury. With its five-star offerings, Parisian-esque setting, culinary offerings and of course, a space covered with fine crystals, jewellery and lighting, you’ll be able to unwind in style here after a day of fashion shows.

With several of the city’s hottest spots including Central Park, the MoMA and Broadway just around the corner, The Whitby Hotel is for those looking to continue their fashion week journey late into the night. Its design concept is “When London meets New York”, the hotel is brimming with colourfully-decorated rooms (each room is different), floor-to-ceiling views of the city, a private cinema for hotel guests and a hotel restaurant/bar that remains crowded every night, thanks to Chef Anthony Paris’ ever-changing seasonal menu.

The Metropolitan Museum of Art

Considered to be the largest museum in the United States and one of the most iconic in the world, the Metropolitan Museum of Art will help you get your cultural fix. Also known as The Met, the museum is filled with over 2 million artworks, as well as must-see exhibitions, including the most recent Costume Institute installation. 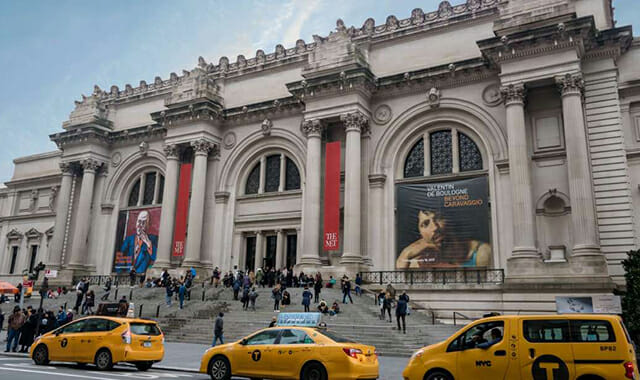 The Metropolitan Museum of Art is located at 1000 5th Ave, New York.

If you’ve got some time in between shows in midtown Manhattan, one of the city’s most prominent historic landmarks is a must-see. Whether you’re looking for the latest coffee table book to add to your collections or just want to browse the endless shelves over four floors, the New York Public Library is a good way to cool off for a few hours. 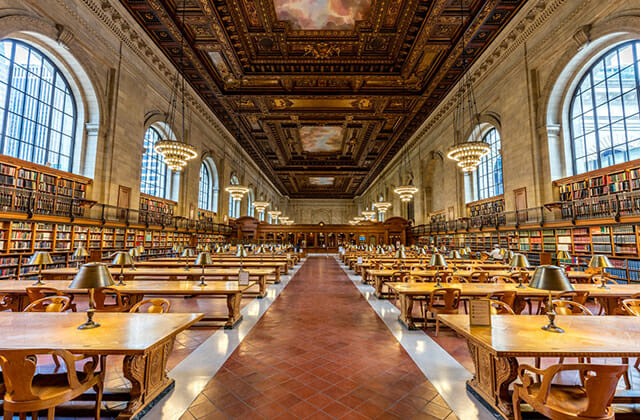 If you’ve had enough of the fashion scene, you can spend the day getting lost on Broadway. Known for its slew of popular shows including Hamilton, The Lion King, Wicked, The Phantom of Opera, Pretty Woman, Chicago and The Book of Mormon, Broadway is a can’t-miss stop on any visit. Don’t be surprised if you see a lot of Tony winners on stage or even just roaming the streets. 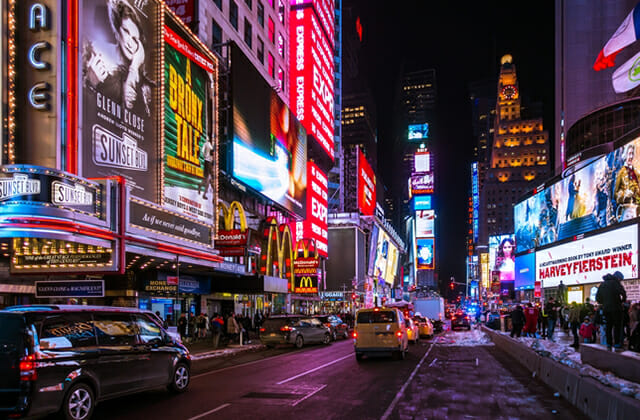 Up for a shopping marathon? Why not walk one of the world’s most expensive streets? 5th Avenue is known for its variety of luxury stores that stretch from Greenwich Village to Harlem, and if you’ve seen Gossip Girl, this is where Blair and Serena spent endless days indulging in shopping sprees. 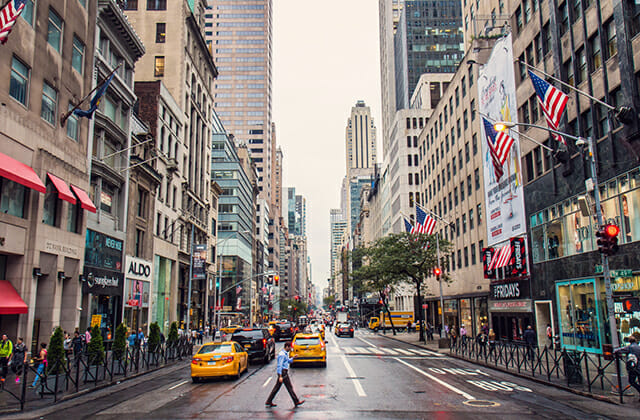 If you’re looking for the finest collections and exclusive pieces from your favourite luxury labels, you’ll find them on Madison Avenue. A street where most brand’s open their flagship stores, you’ll also find the best restaurants, spas, hotels and even the Whitney Museum of American Art. 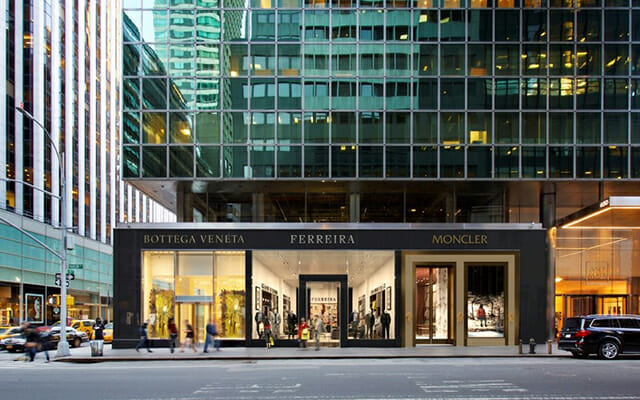 SoHo blends art, shopping and trendy concepts, and is the place to be and be seen at this New York Fashion Week. Whether you’re strolling the bustling streets shopping or looking for the best culinary options to satisfy your cravings, Soho has it all. 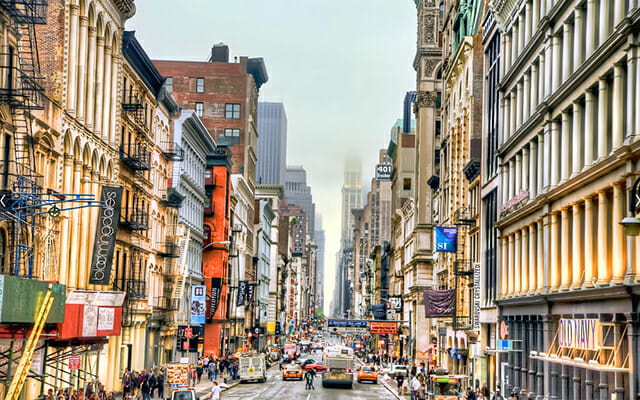 Regularly frequented by celebrities, ABC Kitchen (the brainchild of Jean-Georges Vongerichten) is one of the city’s coolest new eateries. It offers visitors organic, clean eats that will leave you feeling satisfied and, most importantly, guilt-free. 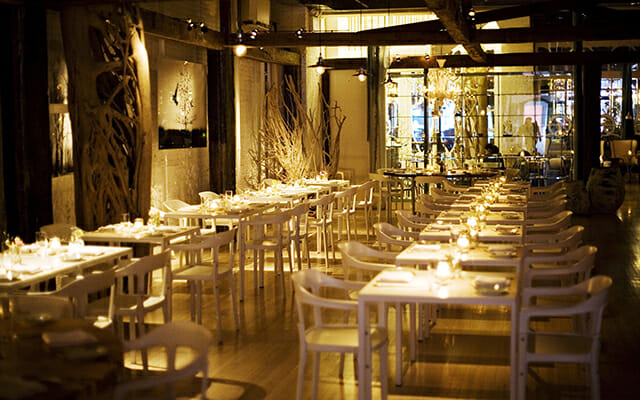 If you want to grab a bite whilst enjoying breathtaking views of the city, Manhatta offers both. The restaurant offers sky-high views with the down-to-earth spirit of a neighbourhood spot. It only offers a set, three-course deal that features burrata and lobster quenelle for starters, halibut and wagyu bavette for main course and vanilla soufflé and warm date cake for dessert. 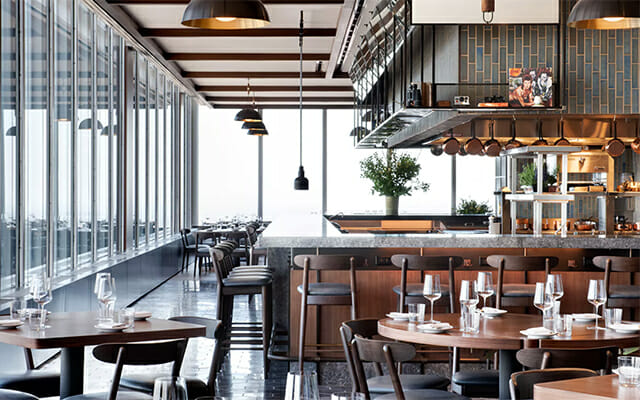 Opened in 1994, Gramercy Tavern offers its guests a truly American experience with its cuisine, warm hospitality and service that has spanned over two decades. The restaurant has earned itself a total of nine James Beard Awards, including “Outstanding Restaurant” and “Outstanding Chef in America”, and the restaurant’s chef, Michael Anthony, serves up the best dishes that are ever-evolving depending on the season. Open throughout the afternoon and evening, it’s the perfect place to wind down after a day filled with fashion shows and try out the restaurant’s à la carte Tavern menu, which features dishes straight from the open, wood-burning grill. 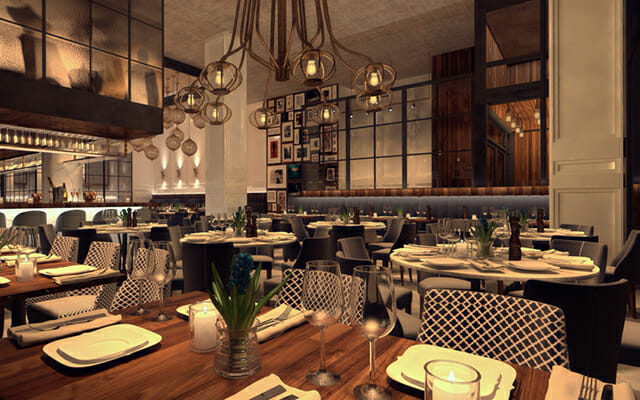 Now, take a look at some of the bests street style looks from New York Fashion Week so far.