This ‘Black Mirror’ episode is becoming a reality in China 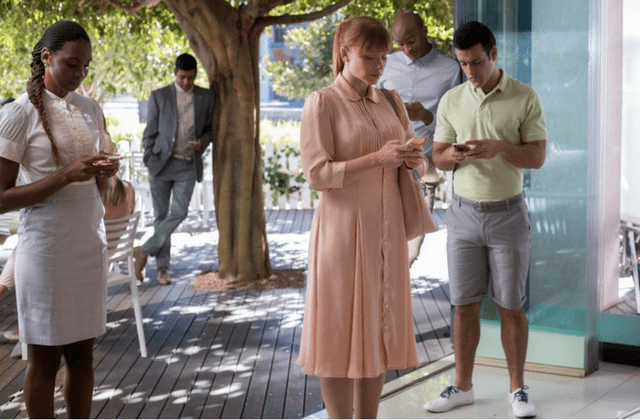 'Black Mirror' has been a hit with viewers since it launched thanks to its ability to merge the seemingly impossible future with the present. And now, one country is making one of its plot lines a reality...

Black Mirror has delighted, and simultaneously terrified, audiences since it hit Netflix with its fictional dystopia that is just plausible enough to make us consider what life would be like if the plot lines came true.

And now, some of the world’s citizens will have to wonder a little less with the news that Beijing is set to introduce a rating system, called Social Credit System — similar to the one depicted in season three’s episode titled Nosedive, starring Bryce Dallas Howard.

In the episode, a person’s social standing is determined through a daily rating system and can therefore change every 24 hours. Much like in the episode, SBS reports that the Social Credit System will allow Beijing to monitor its citizens’ behaviours and reward or punish them accordingly.

For example, your credit rating (based on shopping habits and your ability to pay off debts) will determine whether or not you’re eligible for the express lane at the airport or to have your hotel deposits waived. Additionally, another system will reward those who recycle with greater access to bank loans.

Just as people are rewarded, those who do not comply will be punished in one way or another. For example, SBS reports that “some pilot cities are using facial recognition technology to track jaywalkers, with the loss of rating points just one consequence of the offence. In the city of Taishan, pictures of the jaywalkers are also shown on video billboards.”

The more severe punishments include being denied job or travel applications as a result of your social score.

Understandably, there’s worldwide hesitation surrounding the implementation of the system, which the country wants to have in place by 2020, with privacy the main concern. There are already eight companies and 30 municipalities on board for the pilot testing of the program.

Now, find out which mobile phone company is bringing back one of its most iconic handsets from the Noughties.