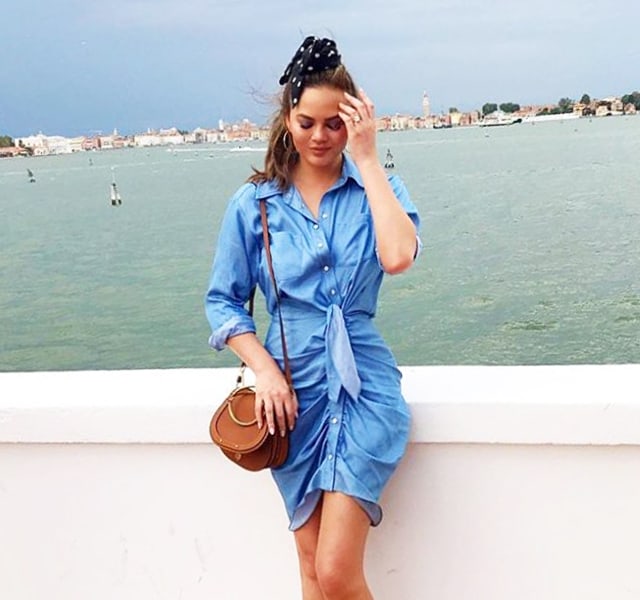 Earlier this week, Chrissy Teigen followed in the footsteps of Rihanna and Kylie Jenner to announce she's over Snapchat. Here's how much its shares have fallen as a result...

Earlier this week, Chrissy Teigen, the queen of social media, publicly announced her decision to stop using Snapchat. Sharing the decision via Twitter, the model wrote: “I stopped using snap. The update, the constant complaints of people not being able to find me, plus the Rihanna poll… no bueno.”

Whilst it was still uncertain if the tweet would cause yet another drop in the social media app’s shares, news has just emerged that it most certainly has and has equated to a loss of Dhs3.6 million (USD$1 million).

2018 has not been a good year for Snapchat. It was first denounced by users following a controversial redesign. Then, the social media platform lost billions of dirhams after Kylie Jenner tweeted that she rarely uses the app anymore.

This was followed by a controversial ad that run that was offensive to Rihanna, who accused the app of shaming domestic violence victims in a lengthy Instagram post subsequently causing the social media app to lose a further Dhs2.9 billion (USD$800 million) from its shares.

It’s yet to be seen how the recent slew of events will affect Snapchat’s future.

Now, find out which Dubai-based airline was named as Airline of the Year.