And for a very good reason
March 19, 2018
Maddison Glendinning 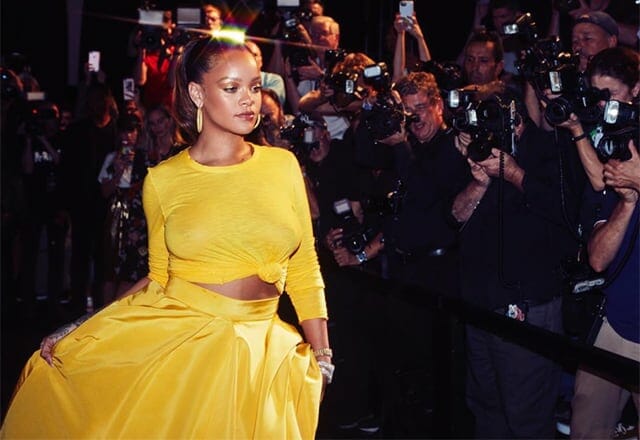 Snapchat has found itself in trouble again following an ill-conceived ad that Rihanna has berated the social platform for...

It has not been a good month for Snapchat. Earlier this month, the social media platform had millions of dirhams wiped off its share value after Kylie Jenner tweeted that she rarely uses the app anymore. And now, a controversial ad has landed the company in trouble yet again.

Last week, Snap came under fire for sharing an ad that asked users if they would rather “slap Rihanna or punch Chris Brown.” Rihanna, who was assaulted by then-boyfriend Brown in 2009, understandably took great offense to the ad.

The star took to Instagram to share her feelings on the matter, writing that Snapchat was “intentionally bringing shame to DV victims.” She added, “This isn’t about my personal feelings, cause I don’t have much of them… but all the women, children and men that have been victims of DV in the past and especially the ones who haven’t made it out yet… you let us down! Shame on you.”

Now, BBC reports that the platform’s shares have fallen by more than four percent, which equates to a loss of around Dhs2.9 billion (USD$800 million).

The platform issued an apology which the star rejected in the aforementioned post.

It’s yet to be seen how this recent series of events will affect Snapchat’s future.

Now, find out which beauty brand Rihanna’s eponymous range is about to outsell.