IN THE SPIRIT OF SPORTS, HERE’S WHAT WENT DOWN THIS WEEKEND 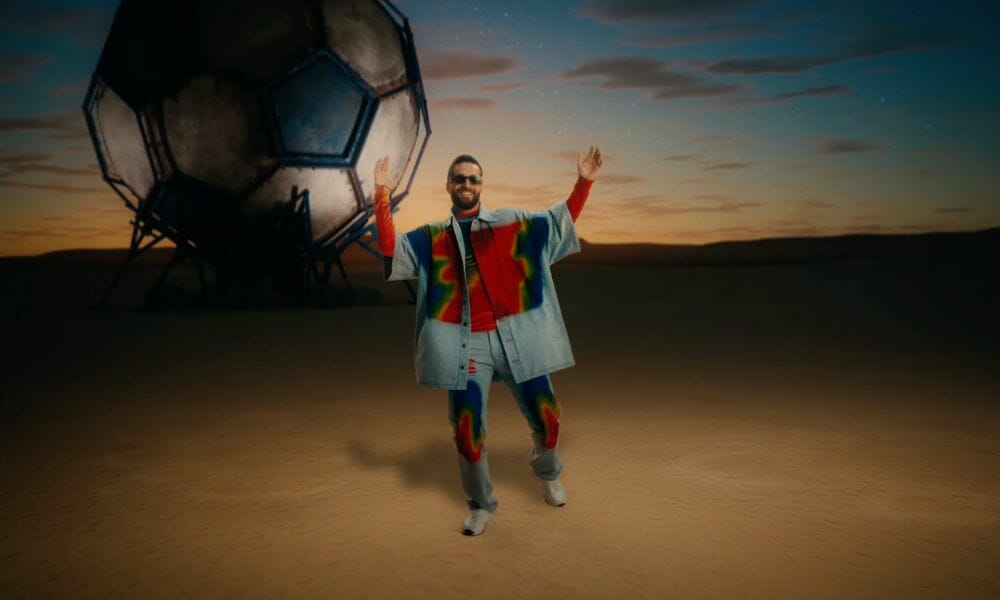 With Formula One taking place in Abu Dhabi to the FIFA World Cup Opening Ceremony in Qatar, it was a sports-filled weekend. Here's what you might've missed...

From football friends to checkmates, legendary players Lionel Messi and Cristiano Ronaldo almost broke the internet this weekend with their new campaign for Louis Vuitton. Celebrating the house’s latest “Victory Is a State of Mind” campaign just hours before the FIFA World Cup, the campaign – captured by Annie Leibovitz – highlights football’s biggest rivals’ play over a game of chess. This might not be the only time we see the two players together this World Cup.

Over the weekend, as the world waited for the first kick-off between the hosting country, Qatar, and Ecuador, the official anthem for the season was released. Titled Tukoh Taka, the song brought together the likes of Nicki Minaj, Maluma and Myriam Fares – and whilst yes, it is catchy, it isn’t quiet the feel-good, fists-pumped-in-the-air song we were hoping for.

What happened at the FIFA World Cup Opening Ceremony?

Millions from around the world tuned in to watch the Opening Ceremony of the FIFA World Cup and what an emotional tribute to the region it was. Marking the first time it has been staged in the Middle East, the show started with a spotlight on Qatar’s Bedouin roots and a welcoming speech by the country’s Emir. “From Qatar, from the Arab world, I welcome everyone to the World Cup 2022,” Sheikh Tamim bin Hamad Al Thani said. “How lovely it is that people can put aside what divides them to celebrate their diversity and what brings them together.” Then, fireworks exploded from the roof of Al Bayt stadium.

Next up, award-winning actor, Morgan Freeman took to the World Cup stage to narrate the opening segment of the ceremony, titled ‘The Calling’, telling viewers: ‘We all gather here in one big tribe’. “How can so many countries, languages and cultures come together if only one way is accepted?” Freeman told the crowd. The actor was joined by 20-year-old Quran reciter Ghanim Al Muftah, who is also a Fifa World Cup ambassador, where he recited verses from the Holy Quran.

Freeman later addressed the crowd, saying, “Football united nations and their love for the beautiful game. What brings together nations also brings together communities.” The American actor was joined by dancers, singers and past World Cup mascots on the field before South Korean pop star Jung Kook performed “Dreamers” to get the crowd ready for the opening match. The BTS member was then joined by Qatari musician Fahad Al Kubaisi.

Just minutes before we shifted our focus to the Opening Ceremony of the FIFA World Cup, we were watching F1’s final race of the 2022 season, where Max Verstappen was crowned the winner of the Abu Dhabi Grand Prix. The Red Bull driver had clinched the world championship at the Japanese Grand Prix more than a month ago, but he continued to shine down the stretch of the season and secured his 15th win of the year during the finale yesterday.