This is the luxe life: LVMH are planning to open a hotel in London 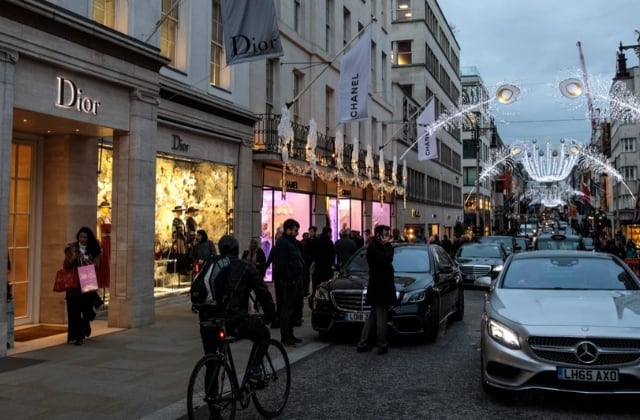 LVMH is planning to develop a new London hotel, spa and luxury flagship store in a move to offer high-end experiences beyond retail...

We love a new luxury hotel opening as much as the next jet set person. This is in part due to the fact that in the Middle East, we are very exposed to a raft of uber luxe properties – and there are two that are amongst the top luxury hotels across the globe. So, it’s safe to say we are a strong panel of judges when it comes to new hotel openings.

And now, our London hotel options have just gotten that much more luxe. Because luxury conglomorate LVMH has announced that they’re planning to open a luxury hotel in the capital.

Along with that, they’re planning to open up a spa and luxury flagship store to give their customers an experience that goes further than just retail. Now, it’s all about experiences.

According to the Business of Fashion, LVMH are collaborating  with property developer O&H to transform a Georgian building on Grafton Street in Mayfair into a hotel, restaurant, spa and a rumoured flagship Celine store.

Bernard Arnault, LVMH chairman and executive said, “The future of luxury will not only be in luxury goods, as it’s been for many years, but also in luxury experiences, and we want to be in both segments.”

It makes sense to focus on experiences because according to Forbes, 74 per cent of US millennials are prioritising experiences over products. Let’s not forget though, that LVMH have already got Cheval Blanc and Bulgari Hotels under their belt, so this new property will be in good company.

We’ve still got a while yet before it’s all up and running with the completion year set for 2022.

Until then, banish your weekday blues with some Maldivian blues.