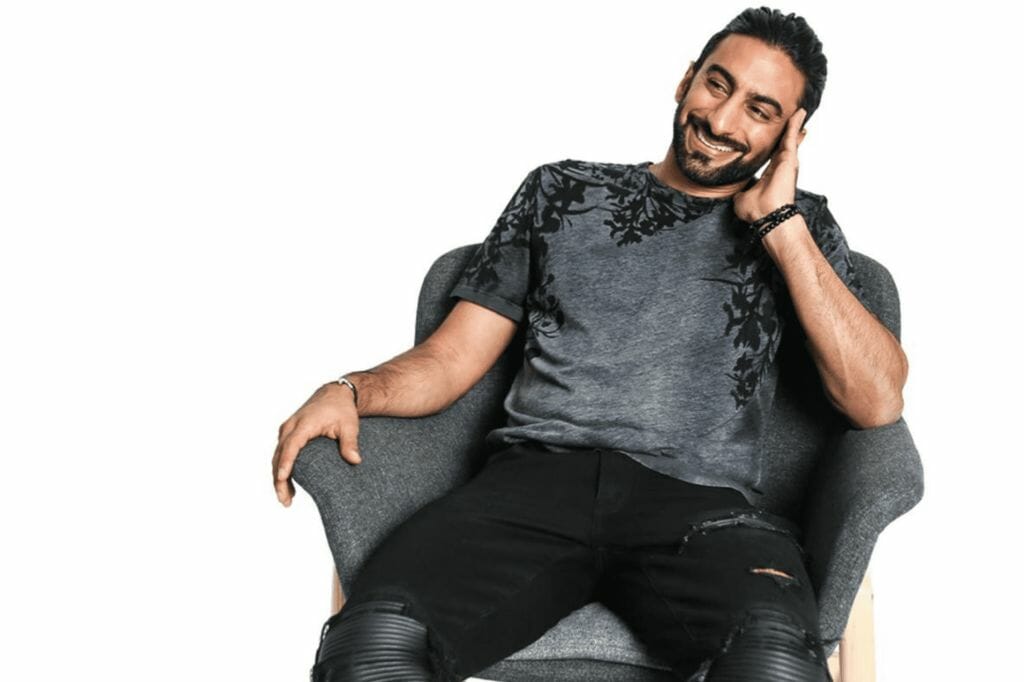 Anas Bukhash has always been known for being a mental health advocate; someone who continuously flips the script and highlights taboo subjects we’re prone to talk about. Over the years, the Emirati multi-hyphenate has had numerous open discussions on the selected topic of mental health through his #ABtalks specials, where he discusses cultural stigmas and societal pressures, as well as to help raise awareness and provide guidance on how to overcome mental health.

Below, read what Anas had to say on the topic of mental health…

As a mental health advocate, what is the most common thing you hear from people struggling with mental health?

I believe there are numerous things that we’re struggling with; the awareness about the different mental health issues, the acceptance of some of them by society, the lack of communication between people, keeping it inside rather than sharing it with loved ones or reaching out to a professional for help. And I think that is a huge issue if you don’t acknowledge it and respect the issue that you have; and by respecting it, it’s a big deal and you must address it because if not, it’s a big loss and it can take you down a spiral that just gets more serious.

So, I think people need a listening ear and some of them need professional help, and some of them just need to talk to somebody. In our region, we still have more of a stigma than other countries when it comes to mental health that it’s not as accepted, tolerated, and understood which is why #ABtalks really pushes forward to encourage people to seek professional help as and when they need it.

Why do you think there’s a stigma associated with mental health conditions, especially in our region?

I think it’s just a lack of awareness. I mean, when we think of physical issues, it’s very easy to see them visibly and to acknowledge them. We know that somebody broke their hand, somebody got into a car accident, or somebody is physically ill. However, mental health is not something that is tangible.

Generally, logic makes it a bit more challenging to acknowledge because you don’t see the severity of it. You just hear what the person is saying. Somebody can say they’re depressed, but you don’t know if they’re just upset, or they’re really depressed or they’re suicidal.

It’s not something you can measure. And I think that’s one of the general global challenges associated with mental illness or mental health challenges.

But more so it’s because some people, maybe in certain societies, associate mental health with it being a weakness, particularly amongst men; that it’s not masculine that you need to get on with it and you need to just suck it up and get on with your life. So, I think those are challenges and a lack of understanding means a lack of empathy, an absence of acknowledgement, and a lack of actions taken.

For example, if a teenager goes to a parent and the parent doesn’t understand much about mental health or is not educated about it, they’ll say, you know, just go out and have fun with your friends and get over it or sleep it off, or things like that. That’s simply a lack of education and awareness, which is dangerous.

What role can culture play in the stigma?

I think education, acceptance, and communication. I mean, that’s why we talk a lot about it on #ABtalks. The more you talk about it, the more people are aware, and the more people accept that this is something serious and it should be addressed and communicated. Normalizing feelings and emotions, normalizing checking in on people. The first question I always ask our guests is how are they really doing.

What do you wish people knew more about mental health?

The right thing we can do is just connect with people and be there for them and help them. I think just realizing the seriousness of it and that it’s actually there – ignoring it doesn’t help. If only people knew the power of lending a helping hand and how it can really go a long way to help people. We have so many people messaging us on a daily basis, thanking us for the content that we changed their lives. It’s a beautiful thing to feel you have made a difference however small in someone’s life.

I wish people understood the severity of mental health. It’s scary and it’s serious, and you don’t know what someone else is going through.

Why is mental health a priority, let alone a global issue?

There’s an Arabic saying that says, “A healthy mind, in a healthy body.” Mental health is a human issue. Life can seem so great on the outside when a person is in fact traumatized on the inside. There was a movie a while back by Mel Gibson called “What Women Want”. It wasn’t so much about what they wanted, as much as it was about what they were thinking, and how they were feeling. So obviously it is a worldwide issue. It has no specific target – all humans go through ups and downs. It’s not a specific region or colour or age or nationality. It’s a human issue and a human challenge, and it’s affecting a lot of people. So of course, it’s a global matter.

What advice would you give to those that are uneducated about mental health or ashamed about their mental health?

It’s just the internet has played a big role in connecting people and making people aware that they’re not alone. I think that the internet has played a huge role in that, which is a blessing. I don’t think that in today’s world we have any excuse not to educate ourselves. There is the internet at your fingertips, and you can find the right doctors or specialists, or even the right books, just by asking. Everything is so accessible today. Today, ignorance is a choice. It’s not learned, it’s pure choice.

Listening in all its forms, reading a room, checking in on friends, family, and loved ones. It will blow your mind how much that will help you understand certain peoples’ conditions.

So, I would push people to always educate themselves because it teaches them about themselves, about their families, they understand their families, their friends, their kids, their colleagues. It’s just a critical thing to do to elevate our holistic education on this and our humanity. Knowing this is an integral part of ‘being human’, we will become more compassionate as we understand it more.