Royal Wedding 2018: How Meghan Markle honoured both the Queen and Princess Diana through her jewellery 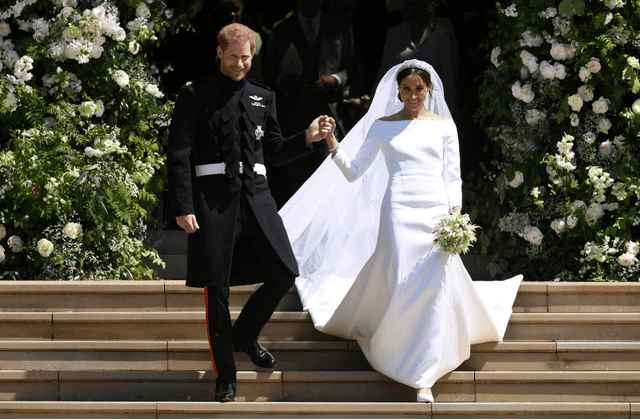 The royal wedding of Prince Harry and Meghan Markle took place yesterday and it certainly was a family affair, right down to the jewels...

Yesterday, the wedding the world had been waiting for was finally upon us. Prince Harry and Meghan Markle, wearing a custom Givenchy gown designed by Clare Waight Keller, wed in front of 600 guests at St George’s Chapel in Windsor Castle. And there was plenty of familial references on the big day, particularly in the jewellery worn by Meghan.

As the pair exchanged vows, they gave each other wedding rings made by Cleave and Company. According to Kensington Palace, Meghan’s ring was “fashioned from a piece of Welsh Gold, gifted by Her Majesty The Queen.” The ring was the second piece of jewellery gifted to the newlywed from the Monarch, as Meghan also wore a diamond bandeau tiara lent to her by the Queen for the occasion. 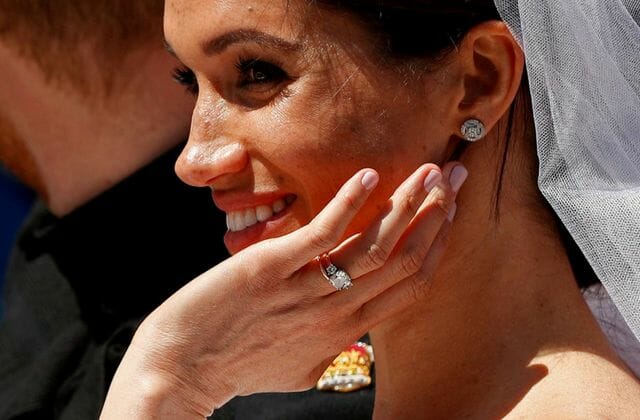 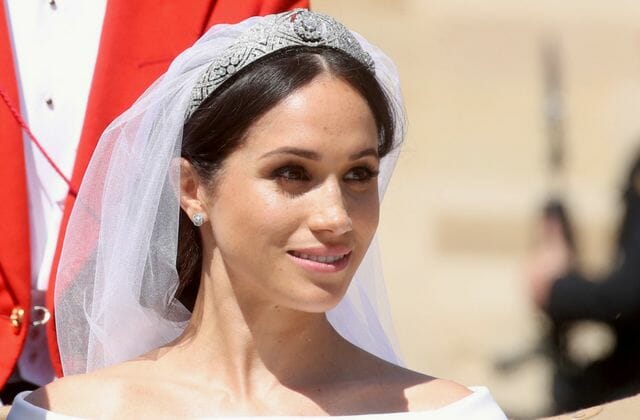 After the wedding and official afternoon reception were done, Harry and Meghan changed into new outfits for the celebration being hosted by Prince Charles at Frogmore House for just 200 of their closest friends and family. In this outfit, Meghan wore a gorgeous aquamarine ring that once belonged to Princess Diana, with many believing it has been gifted to her by her new husband. Meghan’s engagement ring includes two diamonds from Princess Diana’s jewellery collection, too. 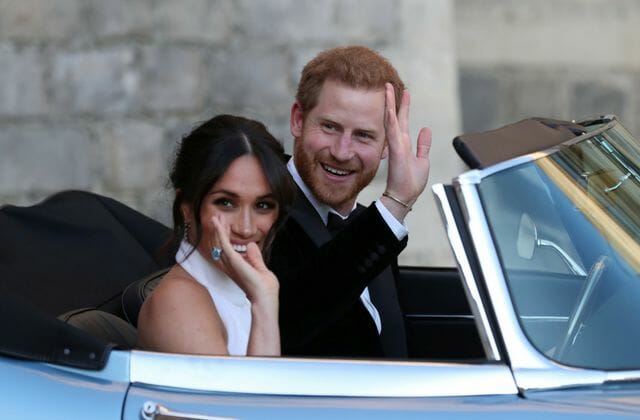 This wasn’t the only tribute to the new Duke’s late mother, however. Prince Harry picked several flowers from Kensington Palace’s private garden to add into Meghan’s bouquet the day before the wedding. The flowers he chose were Forget-Me-Nots, Princess Diana’s favourite flowers. Plus, there was an empty seat next to Prince William during the ceremony, which many royal watchers believe to have been a symbolic seat for Princess Diana. 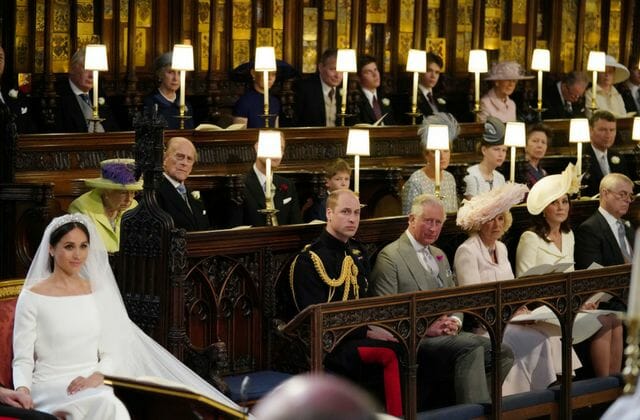 Now, find out which menswear designer made his debut at the royal wedding.