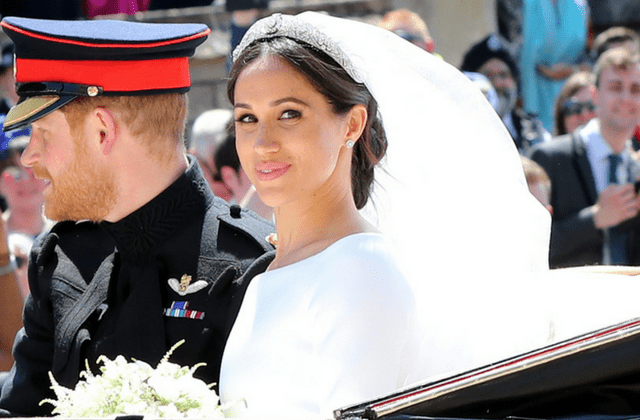 Fancy owning a piece of royally-approved jewellery? Read on...

When Meghan Markle married Prince Harry on Saturday, she opted out of having a Maid of Honour stating that she couldn’t choose just one person from her close-knit circle of friends. However that didn’t mean that she didn’t thank those closest to her on the day.

The Duchess of Sussex commissioned California-based jewellery label Zofia Day to make six gold bracelets for her friends, including her sister-in-law Kate Middleton.

The solid gold bracelet was made especially for the wedding gift and now, Lisette Polny, the designer behind the brand will release the design for sale to the public. It has since now been named the Kensington — appropriate —and will retail for Dhs1,650 (USD$450).

Speaking to People, the designer said, “It’s an overwhelming honour to be part of history and for my pieces to be given as a keepsake for this momentous occasion. It’s a really simple, elegant piece that’s just very true to her personal style.”

The designer also made necklaces for Rylan and Remi Litt, two of Markle’s bridesmaids (and the daughters of her friend Benita Litt).

The Kensington bracelet is now available for purchase on Zofiaday.com.

And speaking of jewellery, see how Meghan honoured Princess Diana and the Queen through her accessories on the day.