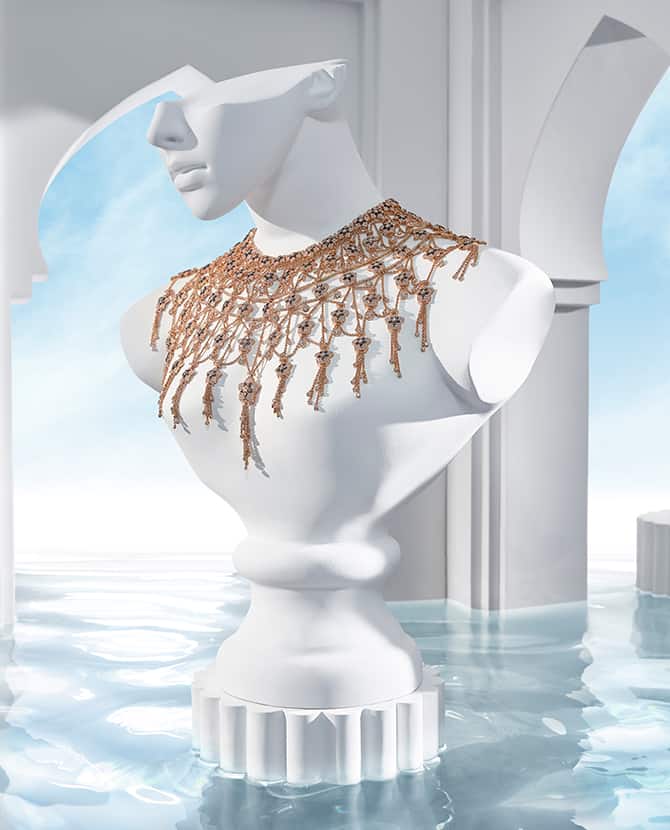 Bvlgari's Roman empire continuously refuses to be disrupted and the coveted brand's latest launch proves that...

Bvlgari‘s long history (stretching back to 1884, to be exact) has always been a dominant source of beautifully-executed jewellery and tradition — one of the main foundational pillars of the jewellery brand since it was first established in Rome by Founder, Sotirios Bvlgari.

For that reason, whenever a new high jewellery collection is introduced to Bvlgari’s ever-increasing portfolio, it’s a continuous celebration of heritage.

Today, Bvlgari have inaugurated a new high jewellery collection that carries an unprecedented collaboration and rather than highlighting differences between two wondrous cities, the collection is a journey of similarities between Rome and Abu Dhabi. 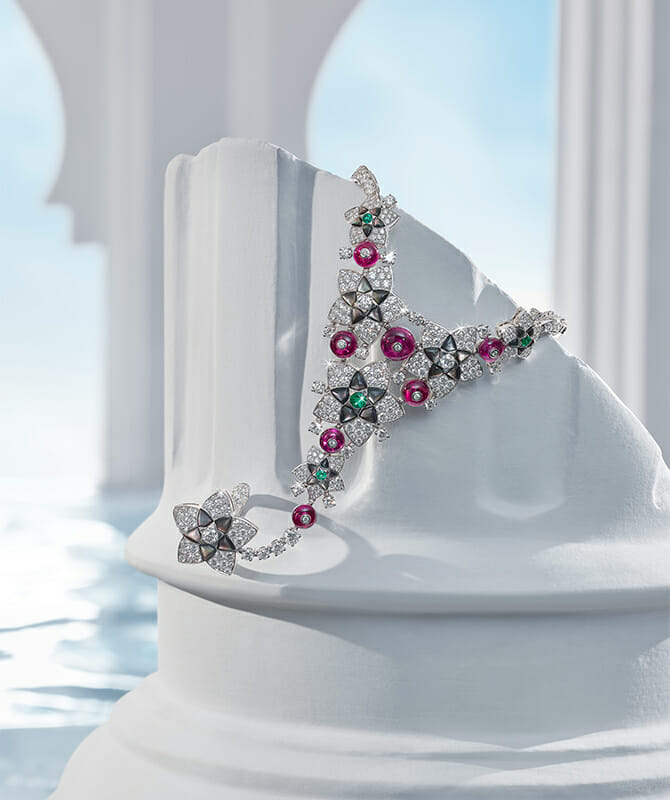 Entitled the Jannah Collection (a project that has blossomed over two years), the range is the embodiment of two powerful families coming together in a celebration of shared values and admiration for heritage.

For the very first time, Bvlgari’s Lucia Silvestri (the brand’s Creative Director for High Jewellery) has joined forces with Her Highness Sheikha Fatima bint Hazza bin Zayed Al Nahyan of the ruling UAE’s royal family, and both holding tales as old as time, the Jannah collection is more than just a selection of magnificent jewels.

The collection revolves around a five-petal flower — which beautifully adorns the Carrara marble ceilings and architecture of Abu Dhabi’s Grand Mosque, commissioned by Sheikh Zayed. 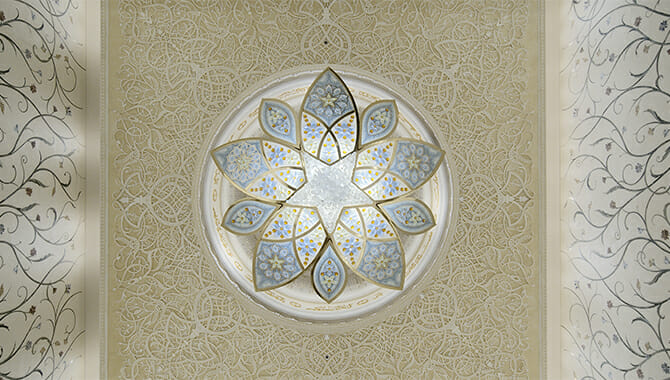 “Her Highness Sheikha Fatima has stimulated me a lot for the creation of this jewel,” says Silverstri. “In this very interesting cultural exchange she inspired me for a new creativity and the result was a very elegant and feminine, truly unexpected hair ornament.”

Featuring 26 jewellery designs, as well as two timepieces, the Jannah collection features several necklaces (including the Bvlgari signature “Poncho” style), bracelets, earrings and rings, as well as precious tiaras. One taira was crafted as a modern interpretation of a traditional Arabic headpiece and the second, a different take on a more classic, western tiara style. 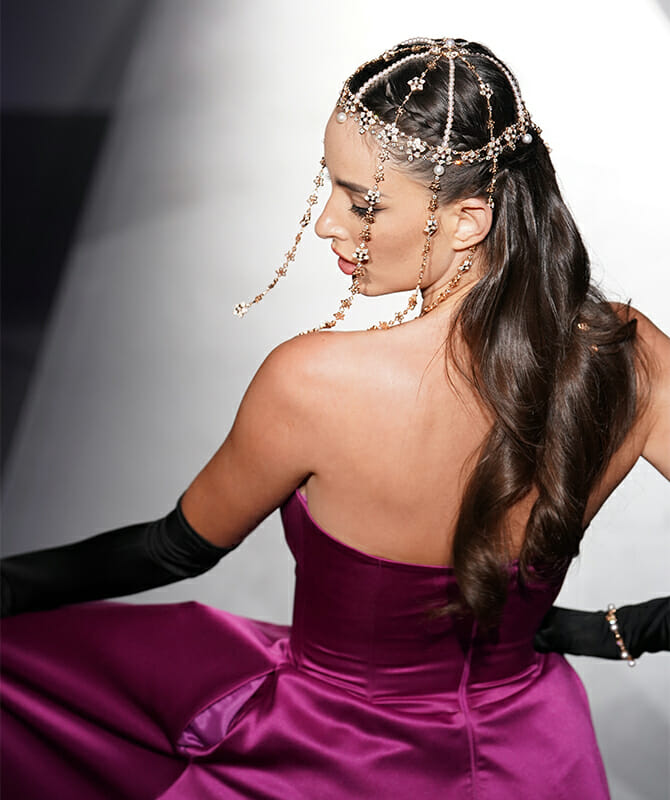 Each a symbol of significance, the pieces are exceptional and personal as Her Highness Sheikha Fatima wanted to pay tribute to her beloved grandparents. At the heart of her first necklace design, a cushion-cut Colombia emerald of 13,38 ct has been reshaped and reduced to its original stone with the aim of exalting its hidden beauty. As a secret homage, the Princess had her grandfather’s name, “Zayed”, engraved in Arabic on the back of the pendant — keeping his name close to her grandmother’s heart. 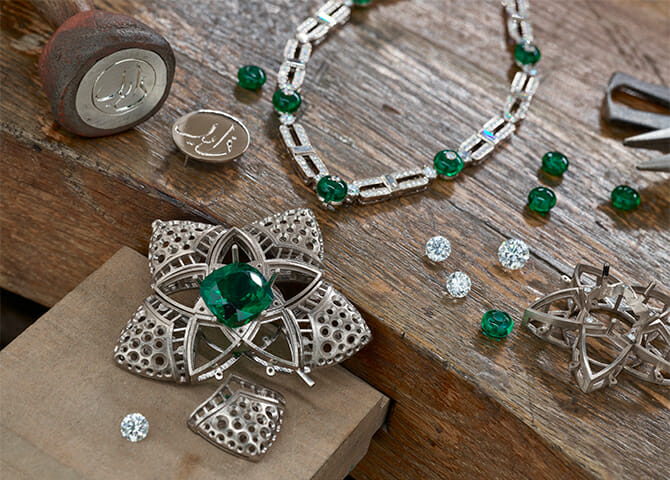 To further pay tribute to Abu Dhabi and Bvlgari’s craftsmanship, the Jannah collection was unveiled under the magnificent dome of Louvre Abu Dhabi, illustrating the majestic of East meets West.

Also, international actress and longtime friend of the brand Sonam Kapoor played a special role in telling the story of the Jannah collection. Embodying the Bvlgari woman — well cultured, empowered, strong, modern woman of the world — Kapoor was named as the face of the collection. 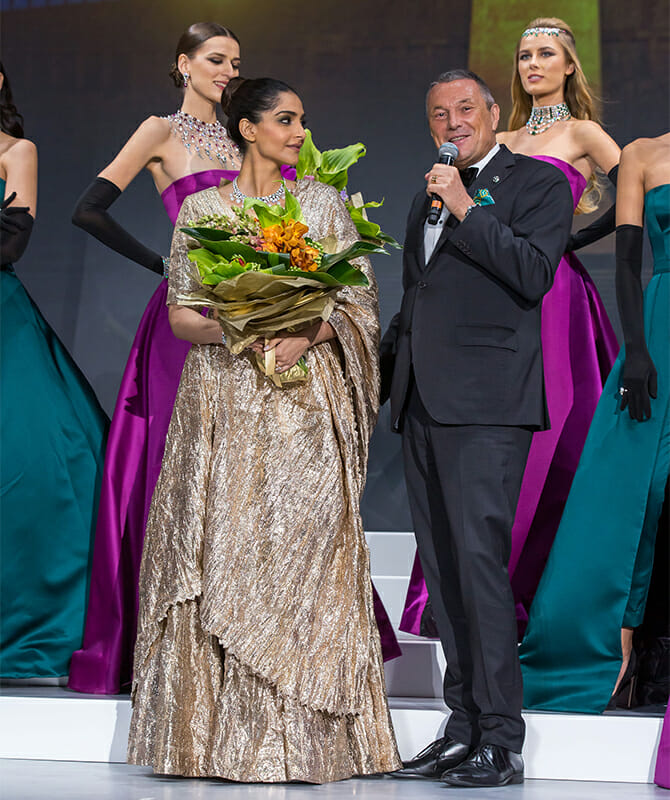 “Today we manifest the dreams that we dared yesterday,” says Her Highness Sheikha Fatima.

Now, scroll through the Jannah collection below…