A. Lange & Söhne celebrate the 25th anniversary of Lange 1 Daymatic 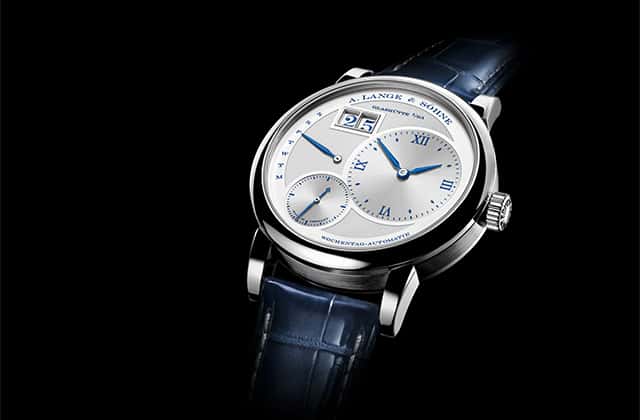 It's been 25 years since A. Lange & Söhne presented its first post-relaunch watch collection in 1994...

Ever since, the luxury timepiece brand has launched beautiful limited edition creations that pay tribute to, what is arguably known as its best collection, the Lange 1.

Now, A. Lange & Söhne have launched a brand rendition of its limited series, the Lange 1 Daymatic.

First released in 2010, the Lange 1 Daymatic will now be introduced in 25 tribute pieces and will feature a blue and silver colour scheme. Also, the blue hands and blue printed markers are expertly set against a silver dial, with a 39.5mm Lange 1 Daymatic case in white gold.

The inscriptions, including the numerals of the Lange outsize date, echo the blue hue of the hands. There’s a blue hand-stitched alligator leather strap too, which comes with a solid white-gold buckle underscores the two-colour concept.

For more information, head to alange-soehne.com.