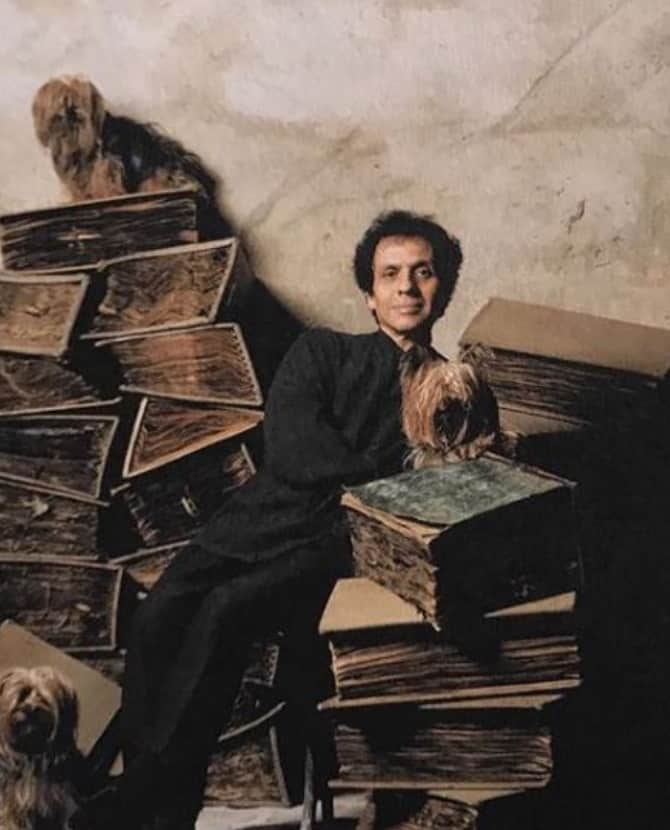 There's an abundant archive of the late Tunisian designer's work in a new exhibition in Paris...

Azzedine Alaïa will forever remain one of the world’s most respected designers. For most of us, he’s the designer who revolutionised the world of fashion with his cutting-edge designs and out-of-the-box ideas. And since his untimely death in November 2017, there’s been one exhibition after another to highlight his expansive contribution to the industry.

And, as of today, a six month retrospective exhibition has opened its doors at 18 Rue de la Verrerie where pieces by the designer will be displayed.

The exhibition runs parallel with the work of costume designer Gilbert Adrian (whose work includes classics The Wizard of Oz and Anna Karenina), whom Alaïa greatly admired. It’s titled Adrian and Alaïa: The Art of Tailoring. According to the Association Azzedine Alaïa (which has curated the exhibition) Alaïa was said to have purchased an extensive collection of Adrian’s suits over the years. Under the direction of French curator and historian Olivier Saillard, who has also staged retrospectives for luxury houses like Balenciaga and Louis Vuitton, the exhibition highlights the construction of the jacket. Take a look at what to expect below…

The exhibition will run from January 21 to June 23 so you have plenty of time to plan a Paris trip around it.

Now, see which other fashion legend’s designer pieces you can buy from Yoox