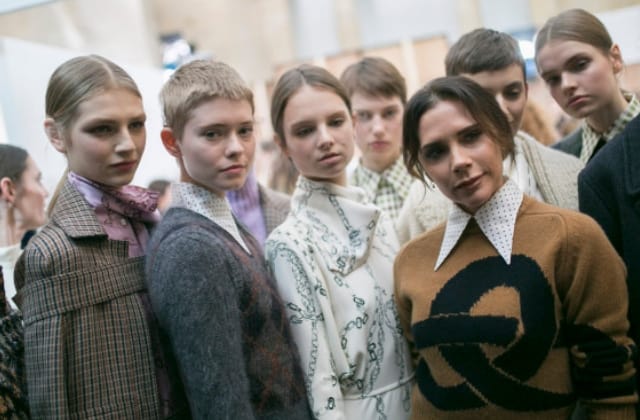 Victoria Beckham is proving her philanthropic principles with a charity fashion show this November in Toronto...

Victoria Beckham will stage a charity fashion show in November to raise money for children’s health charities. She’s packing up her bags and heading to Toronto, Canada as the special guest in the fifth series of philanthropist Suzanne Rogers Presents events.

According to WWD, Beckham follows in the path of Diane von Furstenberg, Oscar de la Renta, Marchesa and Zac Posen, who have all taken part in the charity fund-raising series that Rogers started in 2010.

Her events have raised more than $3 million for charities fighting children’s poverty and supporting health and education programs for young people.

The November edition will be co-hosted by Rogers and the event chair, philanthropist Sylvia Mantella. The celebration will include an “intimate fashion presentation” with Beckham.

Beckham said, “Suzanne’s charitable endeavors in bettering the lives of children around the world is inspiring, and I am delighted to be involved in the next in her series of fundraisers.”

And Rogers chimed in too, “I am so pleased that Victoria has accepted the invitation to come to come to Toronto and deeply appreciate her personal commitment and generosity in supporting our children’s charities.”

So much yes to cause-related fashion.

Now, here’s another worthy cause that Salvatore Ferragamo are doing at the moment.