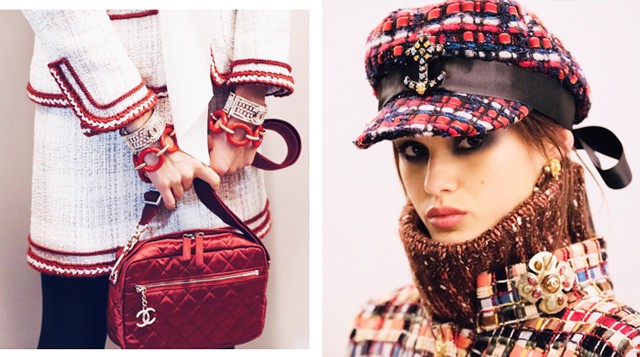 The next Métiers d’Art collection show space has just been revealed and it's bound to be one to remember...

We’re just days away from welcoming a new season of fashion weeks in New York, London, Milan and Paris, meaning we’ll see the likes of Burberry, Miu Miu, Fendi, Prada, Giorgio Armani and Celine present their newest collections. Chanel will also present its S/S ’19 collection in Paris, however the brand is looking even further ahead with its latest announcement.

With several standout shows that have taken the fash pack around the globe — Hamburg in Germany for Métiers d’Art and the Grand Palais for Cruise ’19 are just some examples — Karl Lagerfeld has announced a new location for next season’s Métiers d’Art collection show.

Set to make its return to New York, Chanel will take over The Metropolitan Museum of Art (more commonly know at The Met) in December for the annual show.

This isn’t the first time the French maison has associated itself with the Big Apple. The next Métiers d’Art collection show will mark the third time the brand has shown in Manhattan, following its 2005 stint for the Métiers d’Art show and its 2006 Cruise show in Grand Central Terminal.

Now, tune in to see how you can watch the TommyNow F/W’18 fashion show live from Shanghai.